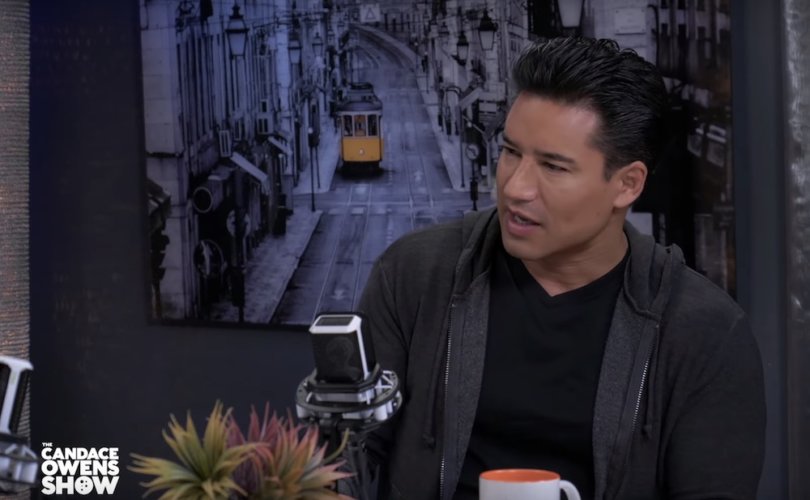 July 31, 2019 (LifeSiteNews) — Veteran television personality Mario Lopez came under fire this week for an interview in which he disagreed with parents who reinforce gender confusion in their children, spurring him to apologize for sentiments he has since disavowed as “ignorant and insensitive.”

Last month, the former Saved by the Bell star and upcoming Access Hollywood co-host sat down for an interview with conservative personality Candace Owens, during which the subject of Hollywood parents such as Charlize Theron raising little boys as little girls (and vice versa) came up. “I am trying to understand this new Hollywood mentality where they just think their children now have the mental authority,” Owens said.

“I am trying to understand it myself,” Lopez agreed. “I’m kind of blown away, too. Look, I’m never one to tell anyone how to parent their kids, obviously, and I think if you come from a place of love, you really can’t go wrong, but at the same time, my God, if you're three years old and you’re saying you’re feeling a certain way or you think you’re a boy or a girl or whatever the case may be, I just think it's dangerous as a parent to make this determination then, well, okay, then you’re going to a boy or a girl, whatever the case may be.”

“It’s sort of alarming, and my gosh, I just think about the repercussions later on,” Lopez continued. “When you’re a kid … you don’t know anything about sexuality yet. You’re just a kid.” He suggested that “parents need to allow their kids to be kids but at the same time, you gotta be the adult in the situation.”

Those comments were met with scorn by social media users and pro-LGBT activists, who accused him of saying parents shouldn’t “support” gender-confused kids, “speak[ing] against a vulnerable group of children,” lacking “education,” and being “cruel.”

Following the backlash, Lopez issued a statement to People magazine disavowing his remarks. “The comments I made were ignorant and insensitive, and I now have a deeper understanding of how hurtful they were,” he said. “I have been and always will be an ardent supporter of the LGBTQ community, and I am going to use this opportunity to better educate myself. Moving forward I will be more informed and thoughtful.”

PSA: Bullying people into issuing public statements of apology so that they can keep their careers— because they state a FACT—that 3 year olds are not equipped to make life-altering decisions— is why @realDonaldTrump is your President.

Biological sex is rooted in an individual’s chromosomes and reflected by hundreds of genetic characteristics. Studies indicate that more than 80% of children experiencing gender dysphoria outgrow it on their own by late adolescence, unless their confusion is reinforced by adults. Even full sex “reassignment” surgery often fails to resolve gender-confused individuals’ heightened tendency to engage in self-harm.