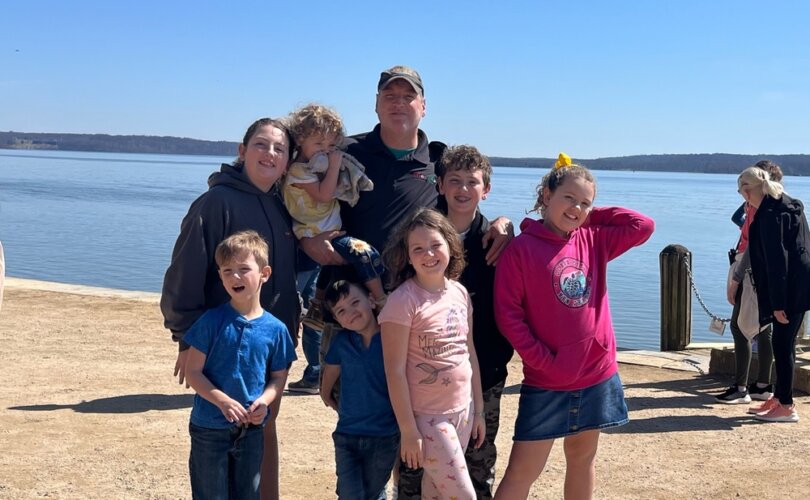 The motion filed this week in the United States District Court for the Eastern District of Pennsylvania alleges that the prosecution of Houck violates the U.S. Constitution due to the Biden administration’s viewpoint discrimination and selective prosecution against him and other pro-life Americans. Additionally, Houck and his legal team are accusing the government of violations of the Religious Freedom Restoration Act and Free Exercise Clause and arguing that the Freedom of Access to Clinic Entrances (“FACE”) Act is unconstitutional, especially as applied to Houck.

Houck, a devoted family man and community leader, was arraigned in federal court on September 27, 2022, on two counts of violating the federal FACE Act outside a Pennsylvania abortion facility in October 2021.

“The Biden administration has filed two defective and discriminatory charges against Mark Houck under the FACE Act, and both should be dismissed,” stated Breen. “Both counts allege that Mark Houck interfered with a volunteer so-called ‘escort,’ when in reality, it was that escort who initiated the incidents and wronged Mark Houck – first obstructing Mark’s sidewalk counseling and then harassing his 12-year-old son.”

Houck’s Motion to Dismiss goes on to detail viewpoint discrimination and selective prosecution, noting that the aggression and obstruction committed by Houck’s accuser have still not been acted upon by law enforcement. Additionally, the Biden administration has “altogether failed to prosecute more than 150 acts of physical damage and destruction inflicted on pregnancy resource centers and churches across the country – in express violation of FACE Act – since the leak of the Supreme Court’s draft opinion in Dobbs v. Jackson Women’s Health Organization in May 2022. Yet it has filed FACE charges against no fewer than 26 pro-life individuals in 2022 – an exponentially higher number than any time in recent history, while prominent and nationwide pro­abortion FACE violations remain unpunished.”

Referencing additional facts from the filing, Breen explained that “The Department of Justice has demonstrated clear and illegal hostility to the pro-life viewpoint in its statements and enforcement decisions, running roughshod over fundamental religious freedoms and free speech rights, and bringing an illegal selective prosecution here.”

Breen also pointed out that there is no general police power delegated to the federal government under the United States Constitution.

“Yet,” recounted Breen, “a general police power is what the government seeks to exercise here, indicting Mr. Houck for actions that lack any federal jurisdictional nexus and that are, at most, a matter of state law. Application of FACE to Mr. Houck exceeds the bounds of any powers granted to the federal government by the Constitution and offends both principles of federalism and the Tenth Amendment.”

“This case is being brought solely to intimidate people of faith and pro-life Americans,” stated Breen. “Mark Houck is innocent of these lawless charges, and we intend to prove that in court.”

READ: US bishop: Biden’s DOJ ‘picked the wrong guy to mess with’ in raiding Mark Houck

Read the Defendant’s Motion to Dismiss for Viewpoint Discrimination and Selective Prosecution, Violation of the Religious Freedom Restoration Act and Free Exercise Clause, Lack of Jurisdiction, and Lack of Specific Intent, filed by Thomas More Society attorneys on behalf of Mark Houck, in United States of America v. Mark Houck, in the United States District Court for the Eastern District of Pennsylvania, here.

Reprinted with permission from the Thomas More Society.

John-Henry Westen: Today I had the honor of praying with Mark Houck, the pro-life hero raided by Biden’s FBI

House Republicans demand answers from Dept. of Justice on FBI’s use of force in Mark Houck arrest