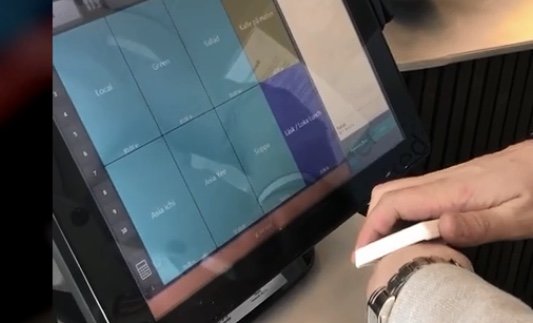 HELSINGBORG, Sweden, July 17, 2019 (LifeSiteNews) – Thousands of people in Sweden are consenting to having microchips placed under their skin to aid them in financial transactions, traveling on the train, and opening locks on doors.

Sweden’s Biohax International has patented a microchip that can be injected into a human hand and used to carry out financial transactions, unlock doors and access information. Jowan Österlund, 38, began his company in 2013 and, according to Fortune magazine, Biohax has now inserted microchips into 4,000 people in Sweden and others from across Europe.

Österlund told Fortune that he believes “millions” more will want to be injected with the chip. Sweden is already almost cashless, and Swedes trust their government too much to think it  would use technology against them.

“It is a cultural thing,” the entrepreneur told Fortune. “We have a faster adoption rate (of new technology) in Sweden, and there is probably a higher level of trust in our government than (in) many other countries. We aren’t scared that we will be taken advantage of.”

His chip can carry train tickets, and Sweden’s national railways are entirely “biochip-capable,” Fortune reported. Many of the country’s “Nordic Wellness” gyms are equipped to recognize biochips as passcards, keys, and passwords to personal information. Fans describe the injected chips as more secure than electronic keys and less cumbersome than the conventional metal ones.

The biochip is especially popular with people who are already interested in such body modifications as tattooing and piercings. Österlund himself is heavily tattooed and his first business was a body-piercing company that offered, among other embellishments, “hot-steel skin branding.”

Edwin Black, investigative journalist and author of War against the Weak: Eugenics and America's Campaign to Create a Master Race, told LifeSiteNews that the new technology could spell the end of personal freedom for whole populations.

“For many years, the privacy community has feared this moment when the implantable chip would become small enough to be injected into the hand,” Black said by phone.

“This means that human behavior can be trackable and controllable by the injector, and if that injector is a government or a corporation under the control of government, we are turning a corner where government will be able to wipe out a whole class of people based on their origin or opposition to policy,” he continued.

Black mentioned China, whom he called “a pioneer of the eugenics of our time,” and its social credit system, which already controls the behavior and movements of its citizens.

“If this technology becomes widely adopted, especially in totalitarian regimes like China, we could see the dreaded transition to an unknown region of human existence,” the author said.

“With A.I. (Artificial Intelligence), anything will be possible,” he added. “A ‘kill’ mechanism could be part of this implantable.”

“In the same way, it can open doors, it can close doors.”

Injectable microchips are currently more commonly used as pet-trackers and to store medical records on vulnerable patients. A number of American states have introduced laws forbidding anyone to require that other human beings be chipped; this prevents employers from forcing their employees to have the device implanted.

Christian commentators have noted that such a chip bears an eerie resemblance to the so-called “mark of the beast” from the Book of Revelation.

States the ancient last book of the Bible: “And he shall make all, both little and great, rich and poor, freemen and bondmen, to have a character in their right hand, or on their foreheads. And that no man might buy or sell, but he that hath the character, or the name of the beast, or the number of his name.”

In this book, St. John writes about a “second beast” of the Apocalypse who would force people to be branded and made it illegal for anyone to participate in commerce without the brand. What this brand might be has been the subject of speculation since the Book of Revelation was written.

In a 2016 talk given at the Rome Life Forum, LifeSiteNews editor-in-chief John Henry Westen said that having “some mark which allows buying and selling is not evil in and of itself,” only if there are some strings attached to getting such a mark that “makes receiving it worthy of eternal damnation.”

Westen speculated that in a not too distant future, law-abiding citizens will only be able to engage in commerce by means of such a chip. He speculated that citizens will eventually only be able to receive such a chip if they first agree to “sign on to some statement” of so-called human rights that would include an acceptence of homosexual ideology, abortion, and other immoral positions. In this way, signing such a statement to receive such a chip would mean a turn toward Satan and away from God.