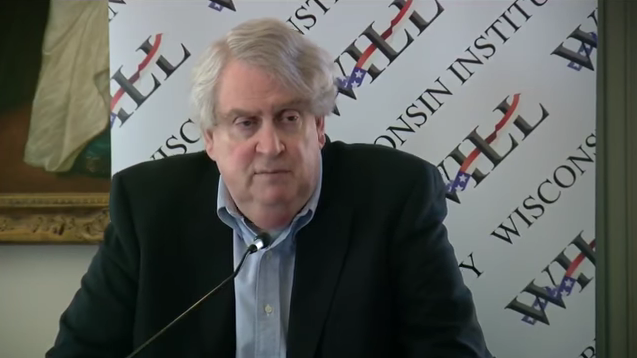 Professor John McAdams continues the fight for his academic freedoms, especially his freedom of speech, in a lawsuit against Marquette University

May 3, 2016 (CardinalNewmanSociety) — Marquette University Associate Professor John McAdams filed a lawsuit against the University on Monday for “illegally suspending” him in the fall of 2014 and “making the decision to terminate his tenure and fire him from Marquette” over a blog post. The post criticized an instructor who called a student’s defense of marriage “homophobic.”

The suit, filed in Milwaukee County Circuit Court, makes several breach of contract arguments and seeks to have McAdams reinstated as a tenured professor at Marquette.

“Marquette University guarantees its tenured faculty academic freedoms, including the right to free speech,” the Wisconsin Institute for Law and Liberty (WILL), which is representing McAdams, stated in a press release. “That right was violated when Marquette suspended Professor McAdams for blogging about an incident between an undergraduate student and a graduate instructor where the Instructor told the student that any discussion on gay marriage in an ethics course would be considered homophobic and inappropriate.”

The Cardinal Newman Society has supported the academic freedom of McAdams throughout his skirmish with the  and has praised the professor for exposing many of the Catholic identity abuses at Marquette on his blog.

The blog post in question sparked national headlines and a heated debate about academic freedom following the University’s disciplinary actions against McAdams for exposing the philosophy instructor’s recorded comments. The instructor, Cheryl Abbate, told a student who was arguing against the acceptance of same-sex marriage that “you don’t have a right in this class to make homophobic comments,” calling the student’s position offensive and “not appropriate.”

McAdams was suspended from his tenured faculty position, banned from campus and later told he would be fired for publicizing the name of the graduate student instructor, Abbate, who received a number of nasty comments from the public in reaction to the story.

Last month, Marquette University President Dr. Michael Lovell announced that McAdams would  without pay through the fall 2016 semester, but demanded an apology from McAdams as a condition of getting his job back. At the time, McAdams said he would apologize, “When hell freezes over.”

In announcing the lawsuit against Marquette, WILL  and General Counsel Rick Esenberg noted  “For blogging and defending an undergraduate student, Professor McAdams is being suspended. But it is worse than that. He is being told that he will be fired unless, in the manner of a Soviet show trial, he confesses guilt and admits that his conduct was ‘reckless.’”

“Professor McAdams will not do that,”  stated. “He wrote an accurate blog post about an issue — the treatment of certain points of view as offensive or beyond the pale. The issue is one of great public interest. The university has said that it welcomes debate and self-criticism. That is precisely what Professor McAdams was engaged in.”

I have spent nearly my entire career at Marquette University. I am proud to be part of the Marquette community and I have used my voice to both defend and criticize the university to ensure it holds to its Catholic traditions. … I think the most overlooked aspect of this matter is that no one in the Marquette Administration has taken seriously the complaint of the undergraduate student who was silenced by the Instructor. I’m saddened that Marquette’s treatment of the undergraduate student at the center of this controversy failed to adhere to its guiding principle of Cura Personalis.

He added at a news conference announcing the lawsuit that the situation “has completely disrupted my life,” and said that if he lost the case “it would set the precedent that tenure doesn’t mean much.” McAdams also told reporters that there is no amount of money the University could offer as a settlement to get him to drop the suit.

The University responded to the lawsuit in a statement to the Milwaukee Journal Sentinel: “We welcome this issue being addressed in court, where the public will hear a comprehensive account of Dr. McAdams’ mistreatment of our former graduate student, rather than the select details he has handpicked to promote his false narrative. Once all the facts are made clear, Marquette fully expects that the decision to suspend him will be upheld.”