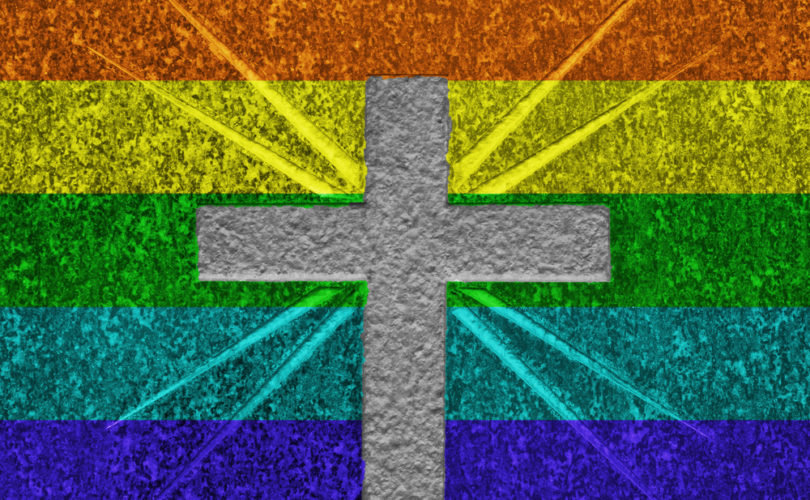 Marquette University held its first “LGBTQ and allied community Mass” of the 2014-15 academic year at the St. Joan of Arc Chapel on campus on October 22, according to the University event page. A group of alumni is questioning whether Catholic teaching on sexual morality will be shared at the Masses.

The Marquette event page indicates that future Masses are scheduled this year on November 19, and next semester on January 28, February 25, March 18, and April 15.

The LGBTQ Masses are raising concerns with the Louis Joliet Society, a group of Marquette alumni, parents, associates and friends formed “to rediscover authentic Catholic identity at Marquette University.” The group expressed its doubt and questioned on its Facebook page whether Marquette campus ministry would “use these opportunities to share with students the depth and beauty of the Church’s teaching on sexual morality.”

Andy Brodzeller, Marquette’s associate director of University communication, told The Cardinal Newman Society that “as a Catholic, Jesuit University, Marquette encourages the development of a life of faith.” As such, the campus ministry “provides multiple Mass opportunities on a weekly schedule in addition to offering Masses for special occasions, upon request, and for particular populations” within the University community.

Brodzeller indicated that “first-year students, Spanish and French-speaking members of our community, athletes,” and now “LGBTQ students” are examples of particular populations for which the University provides designated Masses, though anyone is welcome to attend.

“The Eucharistic celebration is a sign of the Church’s care and concern for all of its members and offers encouragement and a source of consolation for all who strive to follow Christ,” Brodzeller concluded.

The Newman Society also asked Marquette’s Office of Mission and Ministry to comment on whether Catholic teaching on human sexuality was supported through the event, but no response was received. The Louis Joliet Society confirmed that they have received no response after continued efforts to make contact with University officials.