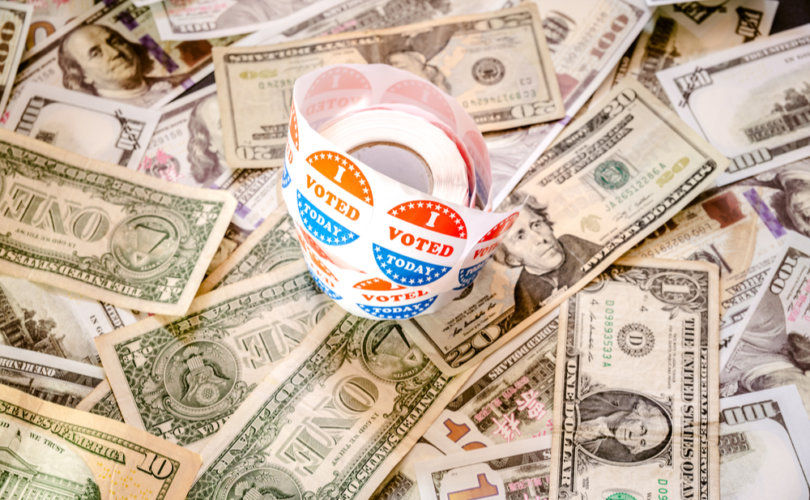 January 11, 2021 (LifeSiteNews) — Marriott, one of the largest hotel chains worldwide, says it suspended all political donations to Republican members of Congress who voted in opposition to certifying Joe Biden’s electoral college votes last week, given some protesters turned violent and entered the Capitol building last Wednesday. Numerous other companies have announced similar measures.

“We have taken the destructive events at the Capitol to undermine a legitimate and fair election into consideration and will be pausing political giving from our Political Action Committee to those who voted against certification of the election,” said a Marriott spokesperson, as first reported by Popular Information, a political newsletter, on Sunday.

In addition to Marriott, the Popular Information report pointed out that BlueCross BlueShield and Commerce Bank were also “suspending PAC donations to the 147 Republicans who objected to the Electoral College vote.”

According to Craig Holman, who works as a government affairs lobbyist for Public Citizen, the moves by the corporations to ban donations is something that could “alienate” an “important” base for them.

“I’ve never heard of this happening before,” said Holman.

Recently, JPMorgan, a bank and financial service provider, reportedly told the Wall Street Journal that the company will suspend all political donations for a time frame of six months.

According to a Bloomberg report, Citigroup Inc., Morgan Stanley, and Goldman Sachs Group Inc., have also said they will pause all political contributions as a result of the events which took place at the Capitol on January 6.

On Monday, Ford Motor Co. said it, too, will be suspending all political contributions while they conduct a review.

“In order to give these important discussions the time and reflection they deserve, the Ford PAC will be suspending new contributions for now,” said Rachel McCleery, director of government relations for manufacturing policy for Ford.

“Ford condemns the violent actions that happened this week, which contradict the ideals of a free and fair election and a peaceful transition of power.”

Facebook has also announced it will suspend all donations from its PAC through the first quarter of 2021.

“Following last week’s awful violence in DC, we are pausing all of our PAC contributions for at least the current quarter, while we review our policies,” Facebook spokesman Andy Stone was quoted as saying by CNN.

Kim Keck, who serves as BlueCross BlueShield’s president and CEO, said in a statement that in light of “this week’s violent, shocking assault on the United States Capitol,” along with the votes of “some members of Congress to subvert the results of November’s election by challenging Electoral College results,” his company will “suspend contributions to those lawmakers who voted to undermine our democracy.”

The head of corporate responsibility for JPMorgan Peter Scher was quoted as saying in the CNN report that the country is facing an “unprecedented health, economic and political crises.”

“The focus of business leaders, political leaders, civic leaders right now should be on governing and getting help to those who desperately need it most right now. There will be plenty of time for campaigning later.”

Last Wednesday, after a speech by U.S. President Donald Trump at the Ellipse in Washington D.C. on election fraud, the vast majority of participants marched peacefully to the Capitol building to voice their concerns.

A small number of protesters stormed the Capitol building, some with alleged ties to Antifa, with a few of them making it inside.

In the early hours of January 7, Congress confirmed the electoral vote for Joe Biden as the next president of the United States. Trump subsequently said he would commit to an “an orderly transition” of power.

Trump called for the protestors to leave “in peace” and later denounced those who entered the U.S. Capitol, calling the act “heinous.”