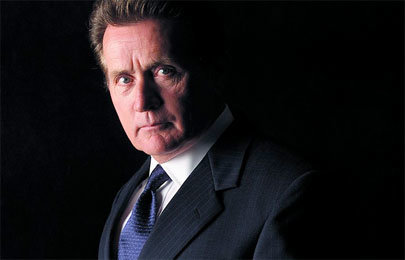 In a recent interview Martin Sheen reveals the startlingly personal reasons for his ‘strong’ anti-abortion stance.

DUBLIN, April 12, 2011 (LifeSiteNews.com) – Well-known for his role as President Bartlet in the television drama “The West Wing,” actor Martin Sheen, born Ramon Estevez, has given an interview in which he reveals the startlingly personal reasons for his ‘strong’ anti-abortion stance. In the interview he also discusses his Catholic faith, which he says includes praying the Rosary, belief in transubstantiation, and the communion of saints.

Sheen, a complex character whose Catholic devotional life and pro-life views have not stopped him from backing the presidency of Barack Obama, was interviewed by Gay Byrne; the interview was released on Irish broadcaster RTE’s website April 3.

Byrne asked Sheen: “The liberal causes that you espouse are readily identifiable with people in the movie business, but your anti-abortion stance is very strong indeed. And tell me what you told me on the late late show in 1987 as to why that is.”

Sheen replied, “Well we had pregnancies with our grandsons, three specifically.  And we welcomed these children and encouraged the mothers to have the children and gave them support. The lads were not happy at the time but they came to love these children. We have three grown grandchildren, two of them are married, they’re some of the greatest source of joy in our lives.”

Sheen went on to note that his wife Janet struggled after the conception of their fourth child, but chose life despite the circumstances after speaking with a therapist.

However, Byrne asked about Janet, “was she not born because of a rape?” Sheen responded that his wife would rather that he not speak about it, but does admit that she was conceived in rape. Byrne followed up, suggesting that “if there had been an abortion she would not exist.”

Sheen relates further that even after birth Janet’s mother contemplated “dumping her in the Ohio River.”  She was raised by aunts till she was six, after which her mother, with a new husband, “came to collect her,” he said.

During the interview Sheen also gave a brief reaction to the matter of his son Charlie Sheen’s much-publicized escapades involving drugs and prostitutes, and the recent cancellation of the television show “Two and a Half Men,” in which Charlie starred.

Martin said that he had only known of the cancellation of “Two and Half Men” for 24 hours prior to the RTE interview. He said that he prays for his son Charlie “every day, and I’ve been doing so for quite a while.”

As to the outcome of Charlie’s situation, said Sheen, “I dread to think, I don’t know.” He noted that he would be cutting short his journey to Malta and heading home to support his wife in dealing with the matter.