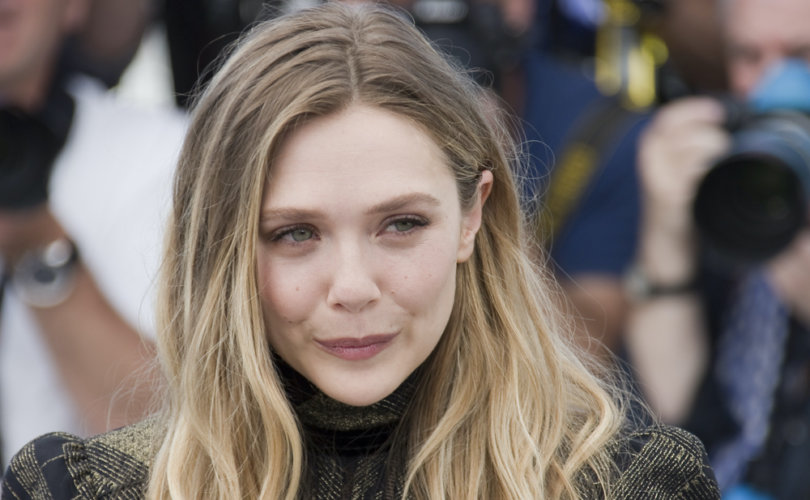 (LifeSiteNews) —A Marvel actress who plays a witch said that she is not unfamiliar with witchcraft.

“I am witness to it. I don’t practice it, but I have friends that do and people around me who do,” Elizabeth Olsen told Pedestrian.tv.

Olsen plays a character in the Marvel Cinematic Universe named Wanda Maximoff; the character also goes by the soubriquet Scarlet Witch. The interview, published on May 12, is part of a promotion for the recently released Doctor Strange in the Multiverse of Madness movie, where she plays the Scarlet Witch.

“I do feel, though, that I and some people in my life are a little bit witchy,” Olsen said in the interview. “And I think that that has something to do just being connected to nature and to allowing certain thoughts, or surprising dreams, like actually allowing — [taking] them in. And I think there is something about that in itself that is very witchy.”

One of my biggest career bucket list items has been crossed off as I finally got to chat to Elizabeth Olsen to celebrate #DoctorStrange. It was everything I wanted it to be and more. As requested by the #ScarletWitch fans, I asked her about her favourite costume first up. Enjoy! pic.twitter.com/yCrWgvog1c

According to a 2021 article in Glamour Magazine, Olsen, sister to “Full House” actresses Ashley and Mary-Kate Olsen, said that one of her co-stars in the show “Wandavision” gave her a “box of crystals and magical stones.”

Olsen said actress Kathryn Hahn, who plays another witch in “Wandavision,” told her she liked the role because it allowed women to be in charge.

“She really was like, ‘We are witches. How amazing is that? Like, we are these powerful women who men are terrified by, and they had to murder us because they were so scared of our power and our temptation and everything that is so mysterious about being a woman’,” Olen told Glamour. “Women were weaponised, so to have this ownership of witches, again, is really fun!”

“In recent years, women seem to be reclaiming the power of witchcraft with the rise in alternative medicines, rituals, crystals, and a move towards supernatural feminism,” Glamour Magazine reported.

Olsen is also an atheist.

“When I was 13, I told my parents I didn’t believe in God any more,” Olsen said in 2013. “I wanted to be an atheist because I believed that religion should be about community and having a place to go in prayer, not something that should determine women’s freedoms.”

The Catholic Church forbids the practice of witchcraft and sorcery. “All practices of magic or sorcery, by which one attempts to tame occult powers, so as to place them at one’s service and have a supernatural power over others – even if this were for the sake of restoring their health – are gravely contrary to the virtue of religion,” the Catechism of the Catholic Church (2117) states.