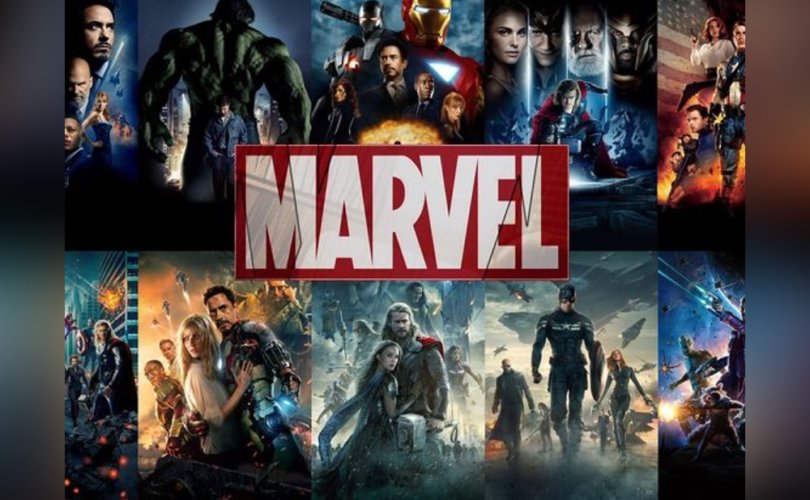 July 23, 2019 (LifeSiteNews) – The wildly-popular Marvel Cinematic Universe, previously one of Hollywood’s last bastions of entertainment that stayed mostly above the political and cultural fray, dipped its toe in LGBT “representation” with April’s Avengers: Endgame, and is slated to introduce a lesbian subplot with the next sequel for one of the team’s founding superheroes, the mighty Thor (Chris Hemsworth).

Marvel Studios announced its next two years’ worth of films and streaming series this weekend at San Diego Comic-Con, concluding with Thor: Love and Thunder in November 2021. The film will see Valkyrie (Tessa Thompson) continue as ruler of the titular hero’s surviving Asgardian people on Earth, including a development that LGBT activists have long demanded, but will likely surprise mass audiences.

“As new king, she needs to find her queen,” Thompson told the crowd, io9 reports. “That will be her first order of business. She has some ideas. Keep you posted.” Marvel Studios president Kevin Feige subsequently confirmed the statement, but wouldn’t confirm the size or prominence of the subplot. “How that impacts the story remains to be seen with that level of representation you’ll see across our films, not in just Thor 4,” he said.

Love and Thunder will also adapt a recent story from the comics in which Thor’s former love interest Jane Foster (Natalie Portman) takes over his name and powers, leading some left-wing fans to hope that she may become Valkyrie’s “queen” (Foster has been depicted as straight in both the comics and previous films, however, so this is pure speculation for the moment).

LGBT activists previously assailed Marvel for deleting a shot from the previous Thor film, Thor: Ragnarok, that would have hinted at Valkyrie’s sexual orientation by showing a woman exiting her bedroom, as well as similar omissions from other films.

The studio extended an olive branch to “representation” enthusiasts with a brief scene in Avengers: Endgame in which an unnamed man (played by co-director Joe Russo) at a group therapy session mentions going on a date with another man. Despite Marvel declaring that the moment demonstrated its commitment to “diversity,” many LGBT activists condemned it as too small and insubstantial.

While comic-book and geek-culture blogs are teeming with enthusiastic headlines about the news, not all fans are welcoming the new direction.

“Staring at the floor, I began to realize that whatever good the Marvel Cinematic Universe brought to the world would be undone by the heathens of Hollywood,” William Usher wrote at One Angry Gamer. “Whatever memories or joy that you thought you could embrace from the previous three phases of storytelling, are gone. Your joy is being systematically erased by the diversity agenda, and Phase 4 will taint these legacy characters… forever.”