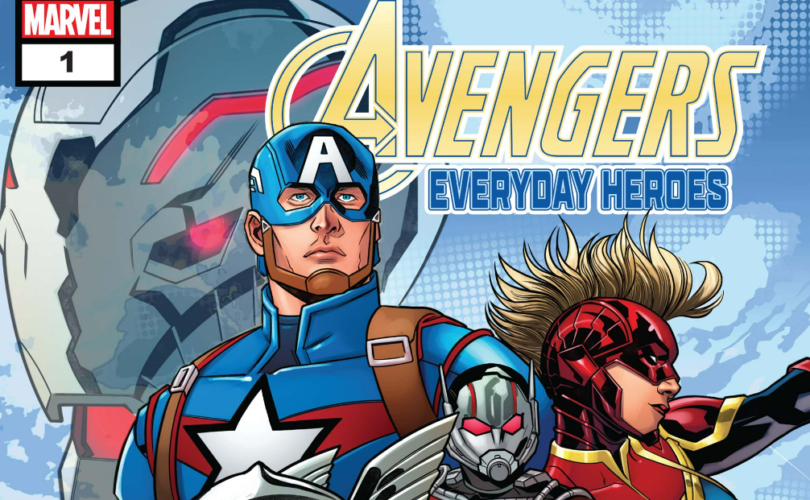 (LifeSiteNews) – Marvel has partnered with the pharmaceutical giant Pfizer to release a comic strip comparing those who get the COVID jab to superheroes.

“You’re among everyday heroes every day!” reads the comic’s opening page advertisement by Pfizer and BioNTech that features a picture of a little girl and her mother with band-aids on their upper arms to show they were jabbed.

“What makes them everyday heroes? They know what to do to help defend against COVID-19,” the ad continues, proceeding to advise up-to-date “vaccination” as the virus “evolves.”

“So, vaccinate, stay up to date with the latest recommended booster for you. And be an everyday hero!” concludes the ad for the comic strip, which was published after the bivalent COVID booster shots, untested on humans, came to market.

The comic strip proceeds to feature a story involving Captain America and the Avengers, superhero characters made extremely popular by a series of star-studded, high-grossing films.

In this particular Pfizer-sponsored comic, the ongoing superhero action is witnessed by “everyday people” on a television as they wait in a room — complete with a Pfizer poster on the wall — to get jabbed.

He later says that “we can fight back against even tough, ever-evolving enemies if you’re willing to adapt, fight back, and take steps to help protect yourself,” adding, “It’s also important for entire communities to come together and help fight the threat.”

A young boy chimes in, “And that’s exactly what we’re doing today!” As a nurse welcomes the family into the patient clinic area to receive their COVID shot, the grandfather adds, “The Avengers are doing their part to help keep us safe. Now it’s time for us to do ours.”

Breitbart pointed out that the comic strip was published “nearly a month after President Joe Biden declared the coronavirus pandemic to be ‘over,’” as well as “a month after the CDC altered its guidelines to end any differentiation between vaccinated and unvaccinated patients.”

The comic attempts to promote the latest COVID booster shot, which is designed to target both the original COVID strain and the BA.4 and BA.5 substrains of the Omicron variant, despite safety concerns due to what has been described as an “unprecedented” total lack of human trials for a “vaccine.”

“This is the fastest rollout of a new vaccine in world history. And instead of this being a tale of human grit and ingenuity, it is a tale of human weakness and recklessness,” Dr. Meryl Nass remarked.

Safety concerns about the booster shot are further founded on the fact that it uses mRNA technology, like its predecessors. Evidence has emerged that the spike proteins produced by the mRNA shot are toxic to humans. In fact, as StatNews noted in 2016, mRNA experiments were abandoned by several pharma groups before the COVID-19 outbreak over “concerns about toxicity.”

The White House, the FDA and the CDC have minimized or ignored a barrage of reported adverse effects, including death, from the COVID jabs since their rollout.

As of September 30, Vaccine Adverse Event Reporting System (VAERS) has received 2,320,851 vaccine adverse event reports, the great majority of which were reported in 2021, when the COVID shots were made available.