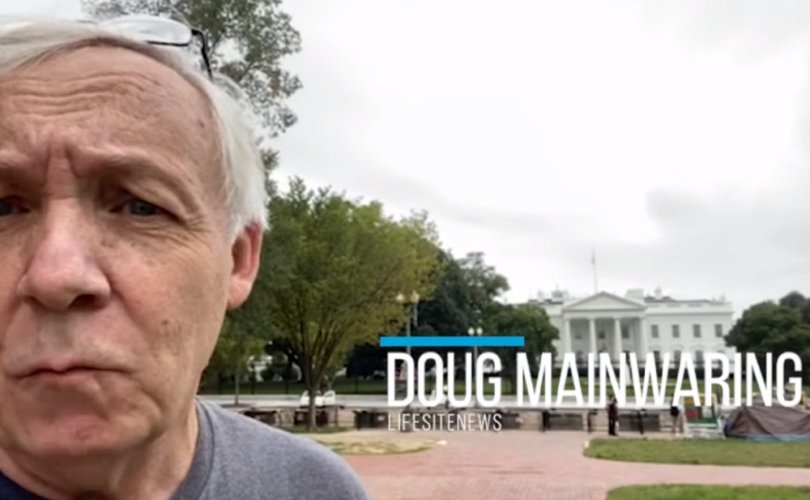 WASHINGTON, D.C., September 18, 2020 (LifeSiteNews) — What if a Marxist war were declared on capitalism, the American electoral system, and the Trump presidency and no one showed up?

That’s exactly what happened yesterday in the nation’s capital.

The violent, destructive protests in major cities across the country were expected to reach a sustained 50-day apex with thousands of protesters “laying siege” to the White House starting at noon September 17 and lasting until Election Day, November 3.

But at high noon, aside from a few tourists, Lafayette Park was virtually empty.  Not a single protester had appeared.

Siege masterminds had sought to siphon energy — as well as thousands of Antifa and Black Lives Matter adherents — from the protests in Milwaukee, Seattle, Portland, Kenosha, and other cities.

In early August, Adbusters.org — an organization based in Canada that had orchestrated the Occupy Wall Street Movement and its imitators across the country in 2011 — started publishing online “Tactical Briefings.” The militaristic tone of the series and the “siege” itself were purposeful, intended to galvanize potential participants into militant action.

Not only did they hope to dislodge President Trump from the White House and install Democrats Joe Biden and Kamala Harris in his place, but they hoped to “inspire a global movement of systemic change — a Global Spring — a cultural heave towards a new world order.”

However, the organizers of the grandiose plan began backpedaling a couple weeks ago, presumably because they realized that the destructive nature of proliferating urban civil unrest was not sitting well with the American people, and “laying siege” to the White House might damage their cause.

Kyle Shideler, director and senior analyst for homeland security and counterterrorism at the Center for Security Policy, noted Tuesday:

“#WhiteHouseSiege has an ominous ring to it. But it could turn out to be the most beautiful, festive, and effective uprising that America has seen since the Revolution.”

While the 50 Day White House Siege did not materialize, 50 Days of Blessing showed up at noon, filling the void in Lafayette Park.

Sponsored by Women for a Great America and joined by many ministries across the nation, the group has launched an around-the-clock vigil in Lafayette Park and will remain until the election and beyond.

“God has called us to stand as watchmen at the governmental gate of our Nation. Our assignment is to counter the siege with ‘50 Days of Blessing,’’ according to the group’s website. “Our mandate is not political but spiritual.”

“We need singers, musicians, intercessors, watchmen, volunteers, evangelists, and the entire remnant Church to convene and contend against these dark Marxist and anti-Christ ideologies,” explains the 50 Days of Blessing website.

Andrea Lafferty, President of Women for a Great America, told LifeSiteNews that she hopes others will come to D.C. to join them.

“We are here because many of us have been concerned about the lawlessness and the chaos that has grasped our nation,” explained Lafferty.

“We’re here, we’re setting an atmosphere, we’re proclaiming the Name of Jesus,” she said. “We are worshipping and praying 24/7, so please come and join us.”