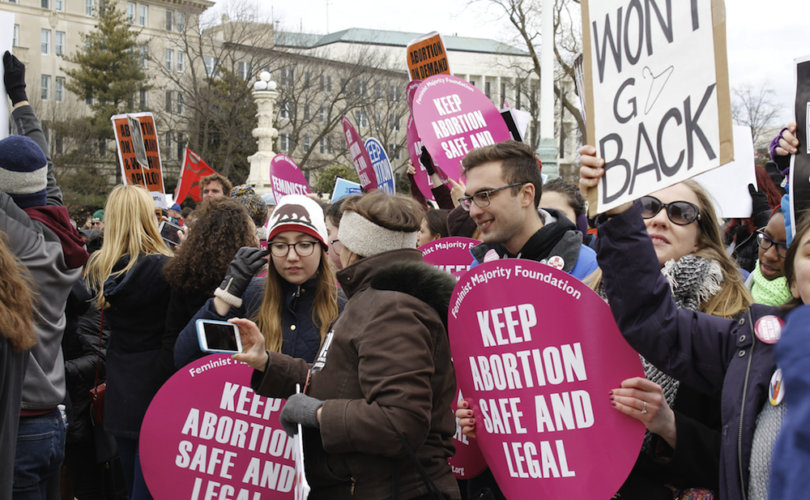 The Maryland Catholic Conference (MCC), the lobbying arm of Archdioceses of Washington and Baltimore and the Diocese of Wilmington, is not supporting opposition to Democrats’ efforts in the state to “step up” and replace Planned Parenthood’s taxpayer funding in Maryland with state dollars.

The MCC is not opposing the legislation because it would only be replacing federal funding for existing family planning with state funding, the Baltimore Sun reported.

MCC executive director Mary Ellen Russell said the measure’s requirements are the same as those under the federal law banning use of the money for abortion and “If the bill were amended to include funding for abortion, we would vigorously oppose it.”

LifeSiteNews requested that the MCC confirm its position on HB 1083 and companion bill SB 1081, along with the certainty expressed in the Sun report by the Conference that abortion funding was not included in the proposed legislation.

LifeSite also asked about taxpayer funds that go to Planned Parenthood being fungible and did not hear back from the MCC.

Pro-lifers have long pointed out that funding for Planned Parenthood does ultimately support abortion because money is fungible.

Even though Medicaid and Title X don’t directly pay for abortions at the federal level, the taxpayer dollars that go to Planned Parenthood — to the tune of more than $500 million per year — enable it to cover overhead for locations that perform abortions and to direct its donations to promote abortion and abortion political advocacy.

House Speaker Rep. Paul Ryan captured the sentiment in a January Townhall with CNN when responding to the assertion by correspondent Jake Tapper that because of the Hyde Amendment, taxpayer dollars don’t go to fund abortion.

In the case of Maryland, Democratic lawmakers in both chambers are promoting legislation that would require Republican Gov. Larry Hogan to budget $2.7 million to cover any funding loss to the abortion giant in the state.

“If the federal government eliminates Planned Parenthood, someone's going to have to step up and it might have to be the state,” Senate President Thomas Miller told the Sun.

His counterpart in the Maryland House, Michael Busch, also supports the legislation, which the Baltimore news outlet called part of a broader effort by Annapolis Democrats to resist President Trump and force Hogan into making feasibly unpopular choices about how to respond to the new Republican administration.

“We will not let the federal government mess up the state of Maryland,” said Shane Pendergrass, the House Democrat who sponsored the legislation, at a March 8 press conference.

HB 1083 passed the Maryland House 90-54 earlier this month and SB 1081 has received a favorable report by the Senate Budget and Taxation Committee. It is now awaiting a Senate vote.

There is concern among pro-lifers that even should Hogan veto the legislation aimed at protecting Planned Parenthood funding in Maryland, it is veto-proof with the state’s Democratic majority.

An email from local Maryland pro-life group Charles County Right to Life raised awareness of the proposed law and was picked up and posted by author, blogger and southern Maryland pastor Father Kevin Cusick.

The email called the legislation an “abomination” and a  “crucial pro-life issue,” and said Planned Parenthood could have written Russell’s statement to the Sun. It called on pro-lifers to contact the three dioceses represented by the MCC, along with their local pastors.

“Please take time to write our bishops and express your dissatisfaction at the Maryland Catholic Conference's lack of stance and the executive director's statement,” it said.

The Maryland March for Life group also rallied opposition to the legislation in the material on its upcoming April 3 march.

It stated: “A bill is currently being pushed through the Maryland legislature that would use state taxpayer money to fund Planned Parenthood in the event that Planned Parenthood is defunded nationally. We need to show up and show opposition to this bill!”

An Associated Press article on the Maryland Democrats’ announcement of the legislation earlier this month said that for much of this year's legislative session the Dems have been working to link Maryland’s popular Republican governor to the policies of Trump, who received only 34 percent of the vote in Maryland.

Last Friday, the U.S. House Republicans pulled the American Health Care Act (ACHA). The Act was an Obamacare replacement bill that was the first attempt during the Trump administration at eliminating most of Planned Parenthood’s U.S. funding.

He signed an executive order his first full day in office reinstating the Mexico City Policy, banning government funding of overseas pro-abortion groups such as the International Planned Parenthood Federation.

Pro-lifers had initially been hesitant to get behind the ACHA because of possible loopholes that would allow abortion funding to continue. Over time, numerous revisions provided some reassurance, but the bill failed in part because it didn’t go far enough for many conservative Republicans in reversing the harm of Obamacare.

President Trump had offered earlier this month to maintain federal funding of Planned Parenthood should it cease performing abortions. The abortion behemoth declined.