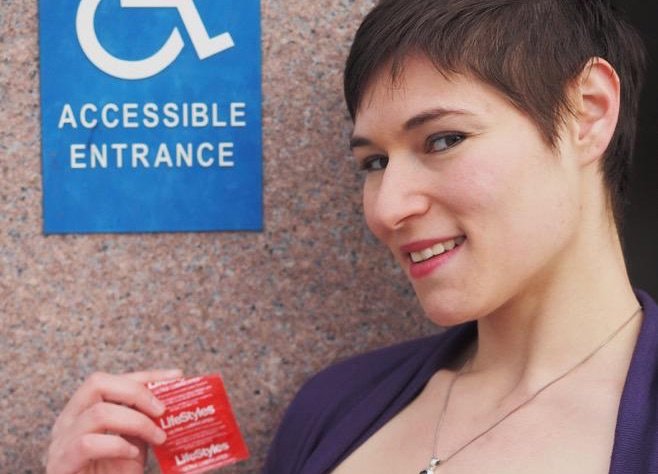 WALDORF, Maryland, March 2, 2017 (LifeSiteNews) — When a homeschooling mom discovered that several publicly funded libraries were offering sex-ed classes for minors led by an LGBT activist, prostitution promoter, and self-described “pole dancer,” she decided to do something about it.

Georgia Kijesky became concerned when she saw several announcements promoting the sex-ed sessions for children only. She asked questions and then presented her findings to library directors and other officials. As a result, all but one of the sex-ed sessions has been canceled.

It started when she saw an ad in a local free newspaper promoting “Straight Talk: Sex Ed for Teens.” The class for ages 12-18 at the Waldorf West Library branch of the Charles County Public Library was to be led by “sex educator” Bianca Palmisano. The ad promised to provide an ask-anything, parent-free session in a “safe, teens-only space.”

A similar ad in the St. Mary's County Times on February 20 emphasized “12-17 year olds ONLY.” Kijesky noted that the sex seminar for children was co-sponsored by a lubricant company called “Good Clean Love.”

Kijesky called around and found that several other public libraries in Maryland were hosting the same sex classes for minors without adults. She noted not only the lubricant sponsor but that “safer sex kits” were to be distributed to the children as young as 12.

Kijesky began investigating the classes, the hosting libraries, and the instructor. She was shocked to find the teacher, Palmisano, is a lesbian “pole dancer” who encourages parents to enable their children’s transgender inclinations.

Palmisano also advocates for the legalization of prostitution. “Just made my yearly donation to @HIPSDC,” Palmisano tweeted.

HIPSDC is the Washington, D.C., chapter of Helping Individual Prostitutes Survive.  HIPS' stated mission is “to assist female, male, and transgender individuals engaging in sex work in Washington, D.C. in leading healthy lives.” The group helps transgender prostitutes get syringe access for drugs and offers practical support for the lifestyle.

HIPS uses funds “to ensure that drug user, sex worker and trans voices are heard.” Their trademark hashtags are #SexWorkIsWork and #RightsNotRescue.

Perhaps more to the point, Palmisano advocates for homosexual sex instruction along with heterosexual sex education to children as “early” as possible in case they “don't grow up to be straight.”

Palmisano, who describes herself as “a queer woman married to another woman,” gives presentations on bondage, sadism and masochism. She promotes herself on social media as a “vivacious queer, feminist, dancer, and sex geek.”

Kijesky contacted numerous library directors and staff and was repeatedly told they thoroughly vetted Palmisano and determined she was an appropriate sex instructor for children.

“We look over the materials to be presented and thoroughly investigate the presenter,” one staff member claimed.

According to Kijesky, Lexington Park Library deputy director Mary Anne Bowman told her, “Face it, children are having sex, and we wanted them to have a safe-space to ask any question they want to find out that information — to give teens the opportunity to ask questions they would be afraid to ask their parents.”

“So what does lubricant have to do with safe sex?” Kijesky asked. “I don't know,” Bowman replied.

Realizing that the sex instruction was co-sponsored by tax-funded libraries, the homeschooling mom turned activist. She relentlessly called libraries in her county and neighboring counties to express concerns about LGBTQ sex-ed for minors.

“Public libraries are struggling to retain their relevance in the modern world of digital content, PDA's/cell-phones and high speed internet,” Kijesky told LifeSiteNews. “That does not mean, however, that libraries should be allowed to expand their scope of responsibility into sex-activism.”

“Library management presumed to be able to use the community's resources to pervert human sexuality and the proper teaching of it,” Kijesky continued.  “This cannot stand. Libraries usually benefit from silence but, in this case, we must be loud and clear in the correction of their error.”

According to Kijesky, Walden reasoned that “the library is an educational institution and is not in the business of censorship.” He did, however, tell Kijesky he was checking with a lawyer regarding her accusation of violating Maryland law against the corruption of minors.

Kijesky then contacted county commissioner James Moran, who said he was “appalled” by the news.

In response to the cancellations, Palmisano blogged that her sex classes “have recently come under fire by community members” and some were cancelled “due to public backlash, including county commissioners.”

Palmisano changed her sex class to the Green Turtle restaurant (6 Saint Marys Ave #104 in La Plata. Kijesky then contacted the restaurant owner, who was “deeply disturbed” that Palmisano did not tell him the true nature of her seminars.

“It pains me to say that we can no longer meet at the Green Turtle in La Plata,” Palmisano posted late Wednesday night. Instead, she will be hosting an online webinar.

A Town Hall meeting with the Library Board of Trustees is scheduled for Thursday evening. According to Kijesky, board president Claudia Bellony-Atanga said she opposes sex classes in public libraries, but she is outnumbered 5-1.

A Lexington Park Library Board meeting will be held at 9 a.m. March 21st at the Leonardtown library. It will be open to the public.

“The problem is much deeper (than one class),” Kijesky told LifeSiteNews. “The solution lies in rooting out those working in positions of power in our public libraries who are trying like hell to push their evil, dangerous agenda.”