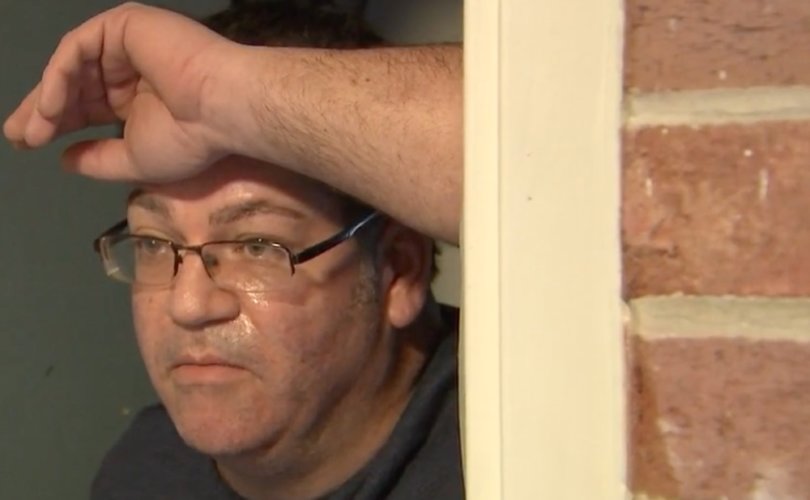 Marc Schack, a 21-year veteran of special education, claims he didn’t know the camera was still rolling after his eighth-grade online history lesson had concluded, before proceeding to commit the grotesque act.

The footage, which was shared on social media and lasted around 13 seconds, shows Schack looking at his screen for a few moments before standing up, turning away, and beginning to pleasure himself, according to the report. A few seconds into the clip, after he stood up, Schack was replaced as the moderator of the call.

The middle school teacher’s aide insisted that he had no idea about the incident until reporters started questioning him about it. “I’m only human,” he said, admitting that “it was my bad” and all “just a mistake.” Allegedly believing he was acting in private, he said “I’m not a pervert or anything like that, you know. You gotta believe me on that … I thought I was in the privacy of my own home. I had no clue.”

“I wouldn’t do something to jeopardize my career, like, I mean, that’s silly,” he continued. “It was just dumb luck that I happened to be on [zoom] when it happened … I didn’t do it intentionally.”

When he isn’t in front of young school children in his capacity as a teacher’s aide, Schack is running his children’s entertainment business, Pirate Magic, through which he provides nautical-themed “pirate parties” for children in the region. According to Pirate Magic’s website, Schack goes by “Captain Silly Bones” and has had an extensive career in childcare and education

Officials from the district contacted Schack on Monday to inform him that he was being placed on leave, but did not describe the reason behind the decision, only saying that they had “misplaced his background check file,” he said.

“Maybe they were looking to see if I had any criminal misbehavior or anything like that,” Schack speculated.

He has been on paid administrative leave since.

Shady Grove principal Alana Murray confirmed to parents earlier in the week that one of their staff had “engaged in inappropriate behavior.”

A spokeswoman for the district, Gboyinde Onijala, told the New York Post that a staff member at Shady Grove Middle School had been suspended due to “inappropriate behavior that was sexual in nature.”

“Per our procedures, we do not release the names of staff members that are under investigation,” she continued, adding that “Local authorities were informed and are investigating as well.”

Since then, the Montgomery County police have not proceeded to bring any charges against Schack. Explaining, a spokesman for the County police force, Rick Goodale, told Bethesda Magazine that Schack’s actions “did not rise to the level of a criminal offense under Maryland law.”

As of Monday, schools in Maryland will welcome “some students” for in-person instruction. According to the Associated Press, teachers in some schools of the Montgomery district protested the return after hearing the announcement that they will be returning to in-person education.

A Florida teacher, also conducting a zoom class, was caught watching pornography during his “global perspectives and research” lesson last December. Fifty-three-year-old Michael Braeske was caught by students who could hear the audio of the inappropriate clip.

The office of the school’s principal, Patricia Brown, related that “When school leaders were made aware of the alleged teacher misconduct during a virtual class, they took immediate action and began to look into [the] allegations.”

Despite the school’s intention to investigate, Braeske was neither suspended nor reassigned at the time.