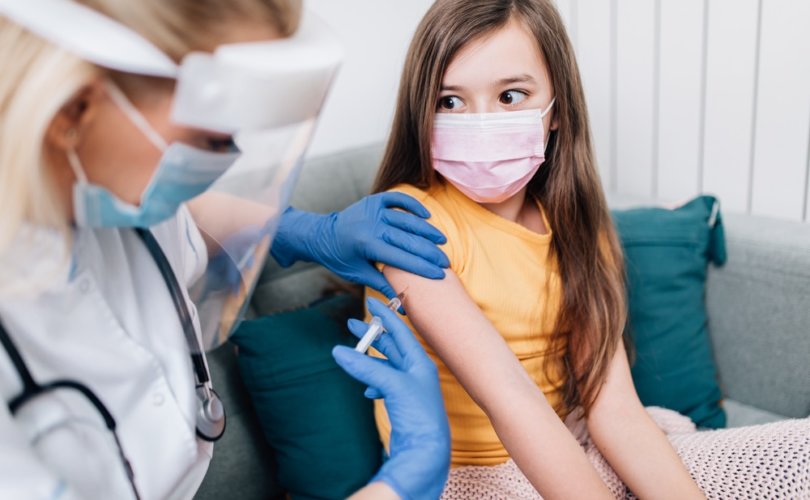 BOSTON (LifeSiteNews) – Medical freedom advocates in Massachusetts are celebrating the defeat of legislation which would have eliminated religious exemptions for children in K-12 public and private schools.

H.4813 would have removed existing Massachusetts law’s current language establishing that children cannot be kept out of school if a parent or guardian asserts in writing that a “vaccination or immunization conflicts with his sincere religious beliefs,” leaving only a medical exemption. It would have also imposed more stringent reporting requirements for school vaccinations.

Massachusetts Family Institute argued that, on top of the infringement on freedom, the bill was unnecessary because “Massachusetts has the highest vaccination rates in the country. Of kindergarteners in Massachusetts during the 2021-2022 school year, only 0.87% of students claimed religious exemptions, down from 0.93% the previous year.”

“The religious exemption has been part of the statute for decades,” the group continued, “showing that Massachusetts has succeeded in achieving exceptionally high vaccination rates without resorting to punitive, anti-religion measures that discriminate against a tiny minority of religious families.”

On July 8, Health Choice 4 Action Massachusetts reported that H.4813 was “sent to study” by the Joint Committee on Public Health, a procedural move that ostensibly refers the bill for further review during legislative recess but effectively kills further action on it until the next legislative session next year.

“The Committee sending this bill to study was a bold move, drawing a line in the sand instead dragging us through to the end of the session (which is what happened last session),” the group says.

Massachusetts medical freedom activist Bridget Kearns attributed the victory to intensive grassroots efforts to mobilize public awareness of the bill and educate lawmakers of its problems.

Data shows that children are at little to no risk from COVID-19. Last summer, a team of researchers with Johns Hopkins School of Medicine “analyze[d] approximately 48,000 children under 18 diagnosed with Covid in health-insurance data from April to August 2020” and found a “mortality rate of zero among children without a pre-existing medical condition such as leukemia.” The lead researcher, Dr. Marty Makary, accused the CDC of basing its advocacy of school COVID vaccination on “flimsy data.”

Millions of Americans remain unwilling to take the COVID-19 shots, given the relatively short evaluation and development time they received during their accelerated clinical trials under former President Donald Trump’s Operation Warp Speed initiative, especially in light of evidence of adverse side effects.

This March, it was found that 11,289 cases of pericarditis/myocarditis after COVID vaccination were reported to the federal Vaccine Adverse Events Reporting System (VAERS) database between January 1 and February 25 of this year, which is already 47% of the 24,177 reports for the same submitted in all of 2021. An April study out of Israel indicates that COVID infection alone cannot account for such cases, despite claims to the contrary.

But VAERS is not the only data source indicating cause for concern. LifeSiteNews has reported on the forced release of Pfizer data the company had tried to keep sealed until 2076, including reports of 158,893 serious adverse events after vaccination in dozens of countries around the world from December 1, 2020, to February 28, 2022.

Even experts otherwise friendly to the COVID vaccines recognize that the potential for vaccine-related myocarditis among young males in particular affects their risk-benefit calculus for the jab, undermining the public health establishment’s persistent refrain that “the benefits of [COVID] vaccination far outweigh any harm.”