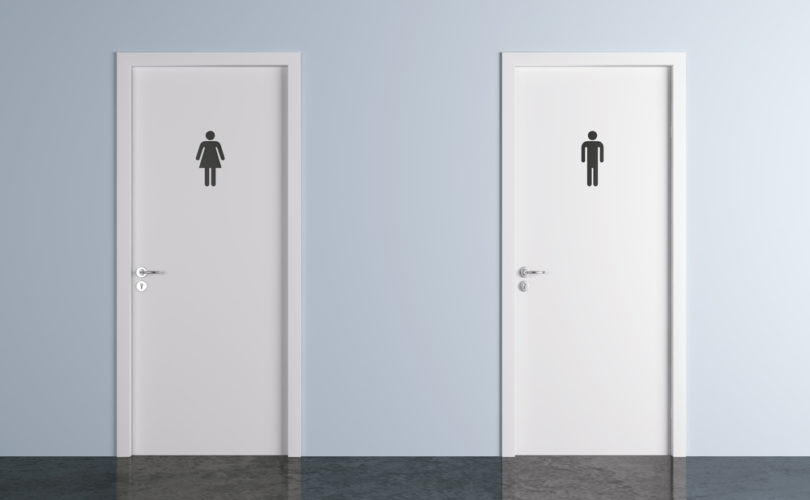 BOSTON, November 19, 2015 (LifeSiteNews) – Massachusetts Democrats have delayed a bill that would allow people with gender dysphoria to use the restroom of their choice in hospitals, parks, restaurants, public schools, etc.

The bill was expected to get a vote before legislators took a seven-week vacation, but “there are a lot of members who have reservations,” a top Democrat told State House News Service. Any votes are now pushed to 2016.

Both H. 1577 and S. 735 have garnered strong opposition from family advocates. But while the state's attorney general, its congressional delegation, and the top Democrats in both the state House and Senate backed the bills, mainstream Democrats didn't appear to be on board – in part because it wasn't a priority of the Democratic caucus, a spokesperson for Mass Resistance told LifeSiteNews.

“Speaker Robert DeLeo said that he wasn't going to do any lobbying on [the bill],” Sean Ryan outlined. The speaker said “he wasn't going to pressure the Democratic members of the House to vote this way or that.

“Even among the Democrats…there really were still reservations” about “how would it work,” he said. “So there really wasn't any energy for this to get passed at the moment.”

“There is a lot of pressure from the outside from transgender activists and lobbyists. There's a number of key Democrats in the state house that supported it. But from a broad standpoint, it's kind of a tepid issue right now.”

Ryan said that despite backing from corporations and the transgender activist group Freedom Massachusetts, the complicated nature of the bill and the upcoming elections may have played roles in the delay.

Ryan said that “legitimate, on-the-ground concerns” have arisen because, unlike similar bills requiring schools to open bathrooms to both genders in other states, the Massachusetts measures don't require proof of gender dysphoria – such as medical history, doctor recommendations, personal history of feeling or acting like the opposite gender, etc.

One House critic, Republican state Rep. Jim Lyons, told the NewBostonPost that the bill “is about taking away privacy from women and children.”

LifeSiteNews contacted Freedom Massachusetts for comment about the bill's text, which does not indicate proof of gender dysphoria in order to use a facility of the opposite sex, but they did not respond by press time.

Portland bar owner must pay $400,000 for kicking transgender patrons out of bar