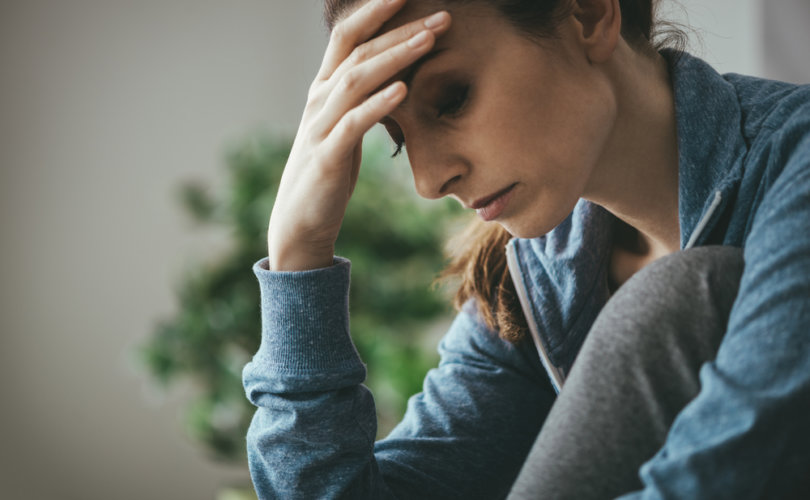 BOSTON, Massachusetts, August 3, 2018 (LifeSiteNews) – Treatment for unwanted homosexual attraction will remain legal in Massachusetts for the time being, with legislation to ban it failing to pass by the August 1 end of the current legislative session.

H.4664 would have banned healthcare providers from performing any practice on a minor that “attempts or purports to impose change of an individual’s sexual orientation or gender identity,” with penalties up to and including suspension or revocation of their medical licenses.

It passed the state House of Representatives in June, but not without being amended to remove a provision that would have required teachers and doctors to report hearing about conversion-therapy efforts to social services, the New Boston Post reports. Critics feared the passage could have potentially led to the state taking children away from their parents.

The Senate failed to take up the bill until July 31, at which point it passed the older, un-amended version of the bill. The two chambers were unable to reconcile the differences between the two versions before the deadline.

“This lack of action on a terrible bill gave the small minority of pro-family legislators in both the House and the Senate the procedural ability to stop passage of the bill with a single objection,” Massachusetts Family Institute president Andrew Beckwith said. It’s “proof once again that even in Massachusetts, the voice of pro-family supporters and the efforts of a handful of faithful legislators can make a huge difference.”

The state pro-family group MassResistance celebrated the bill’s defeat as well, but lamented the lack of opposition it received from ostensibly pro-family GOP lawmakers and warned the battle was not over.

“Although the LGBT activists have admitted defeat in the press, there are some sleazy and even illegal tactics that are often used to slither legislation through after the formal session ends,” they wrote. “For example, between now and the end of 2018 there are twice-weekly ‘informal’ sessions of the House and Senate where as little as 2 members (at least one Democrat and one Republican) vote on so-called ‘non-controversial’ matters. They could try to push it through one of those.”

Senate Rules Committee Chair Mark Montigny, a Democrat, lamented the bill’s defeat and signaled that not only will he support trying again in the next session, he wants to “come back with Section 2,” the controversial provision that was too extreme for the House.

Conversion therapy, also known as reparative therapy, is intensely controversial in large part because it challenges the conventional wisdom that sexual attraction is biologically rooted and unchangeable, with liberals characterizing it as harmful and discredited “junk science.” But many former homosexuals, such as Angel Colon and David Pickup, say they successfully overcame unwanted same-sex attractions and want others to be able to find help to do the same.

As for gender identity, a variety of scientific literature indicates that reinforcing gender confusion is destructive to children’s mental and emotional well-being. Studies indicate that between 80-90 percent of children experiencing gender dysphoria outgrow it on their own by late adolescence, while even full gender “reassignment” surgery often fails to resolve gender-confused individuals’ heightened tendency to engage in self-harm and suicide.

Liberal Republican Gov. Charlie Baker was expected to sign H.4664 into law, which would have made Massachusetts the 15th state to ban therapy for unwanted gay attractions.