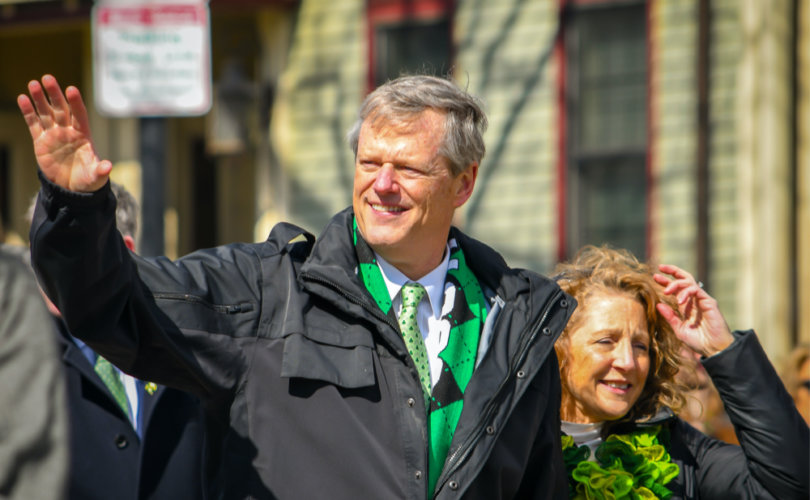 “The requirement would cover 62 rest homes, 268 assisted living residences, 85 hospice programs, and up to 100,000 home care workers across the state.”

Subject to approval of the Public Health Council (PHC), all employees would have to get jabbed by October 31 or lose their jobs. The Executive Office of Health and Human Services will allow for a “limited exemption [for some] because they have a medical condition that prevents them from receiving vaccination or they object to vaccination based on a sincerely held religious belief.”

The experimental COVID-19 inoculations have been linked to thousands of deaths and millions of other side effects in such records as the U.S. government’s Vaccine Adverse Event Reporting System (VAERS) and Britain’s Yellow Card scheme. In addition, many Catholics and other Christians are reluctant to take the novel medical products because cell lines derived from aborted babies were used in their development.  Meanwhile, they do not prevent people from catching and spreading the Delta variant

Governor Baker previously ordered all executive department employees to get jabbed as well. However, he has said he does not plan to implement a vaccine passport system in the state.

“I think having a conversation about creating a barrier before people have even had an opportunity to be eligible to be vaccinated… Let’s focus on getting people vaccinated,” Baker said in April.

He said he will defer to local school districts on teacher jab mandates.

“I’m glad the governor took the step last week to require vaccines for state employees. It’s the right move. It’s something I did a few weeks ago,” Healey said.

“In terms of the legality, it’s absolutely legal in my view.”

Unions have pushed back previously against other vaccine mandates for public employees in Massachusetts and are likely to force Baker to bargain with them, according to one labor expert.

“In both the public and private sectors, employers have the right to impose health and safety rules, which might include vaccine requirements,” Bowling continued.

“But even so, they must negotiate the specifics of how the rule will be carried out, such as the options for those who refuse vaccination and the process by which they would be terminated, if it comes to that.”

The vaccine mandate could worsen staffing shortages, as medical facilities are already strained.

In May, the Massachusetts Institute of Technology reported a staffing shortage in nursing facilities, which it attributed to an issue of pay and certification. MIT’s report said “MA nursing facilities still face a critical shortage of 4,000 direct care staff.”

Nursing homes and healthcare organizations have raised concerns about the effect vaccine mandates can play on hiring and retention problems.

An administrator in a New Hampshire nursing home predicted that 20 percent of his staff would quit in response to President Biden’s ‘vaccine’ mandate for nursing home workers.

Chicago Public Schools also had to turn to ride-sharing services for the first week of school after more than 70 bus drivers quit their jobs rather than be subjected to a city-wide jab mandate. The resignations left almost 1000 disabled students without reliable transportation.

“If enough leave, it could exacerbate the industry’s pandemic-era staffing crisis—94% of nursing homes reported a staffing shortage over the last month,” Time reported.

“We’re sort of on the edge right now, in terms of staffing nationally,” David Grabowski, a health care policy professor at Harvard University, told the magazine.