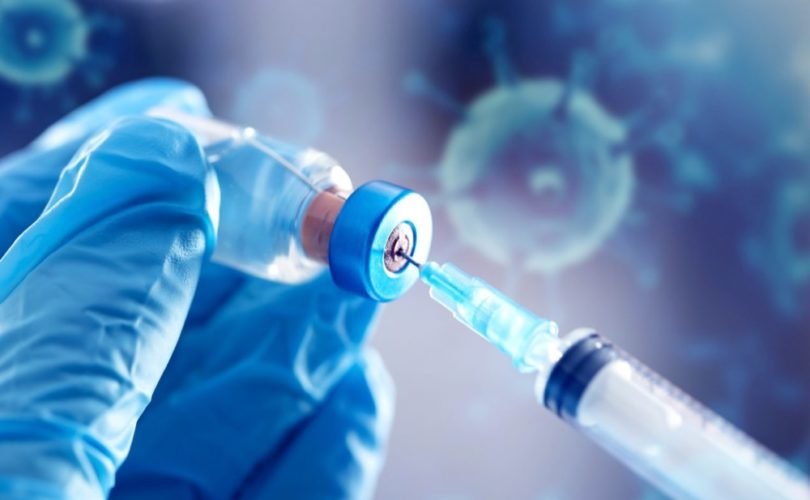 BOSTON, Massachusetts, July 15, 2021 (LifeSiteNews) – Massachusetts is considering legislation that would allow children to be vaccinated without their parents’ knowledge or consent and weaken religious exemptions to current school vaccine requirements.

According to a press release put out by Health Choice 4 Action, a Massachusetts-based coalition of health care advocates, over 400 people signed up to testify before the Joint Committee on Public Health, which is considering several bills designed to change existing legislation related to immunizations.

Health Choice 4 Action, which says it is “against medical coercion,” targeted a pack of new legislative proposals that would permit physicians to treat minors without parental consent in non-emergency situations, conceal medical records from parents, and do away with religious exemptions for students.

Among the most significant measures were Senate Bill 1517 and its companion House Bill 2271 (known as the Community Immunity Act) which were proposed by Democrat legislators Rep. Paul Donato and Sen. Becca Rausch, as well as House Bill 2411 filed by State Rep. Andy Vargas (D).

Opponents of the Community Immunity Act say the measure upends parents’ rights to be involved in their children’s medical decisions and gives schools authority to require whatever vaccines they choose.

The Act seeks to amend Section 12F, Chapter 112 of the Massachusetts General Laws, which grants physicians authority to treat minors without parental consent in emergency situations “when delay in treatment will endanger the life, limb, or mental well-being of the patient.”

Sen. Rausch said her bill “doesn't mandate vaccines” or “permit a young person to waltz into a pharmacy and get a vaccine.”

However, the Act would expand existing law to allow health care providers to treat any minor, with no specified minimum age, for the “prevention” of any infectious diseases the child is “at risk of contracting,” with no prerequisite of a precipitating emergency and without notifying parents.

According to Health Choice, “[t]hese bills would allow children to be vaccinated without their parents’ consent or knowledge, even if the child is young or intellectually disabled. Parents might not ever know since medical records would be hidden from parents without a court order.”

The provision could create medical complications. Parents unaware that their children already received a shot without their consent could unwittingly have their children inoculated again with the same vaccine at a standard health care appointment.

Moreover, the bill fails to prevent authority figures from soliciting consent from minors without parental involvement.

Existing Massachusetts law does not require children to provide informed consent under Section 12F, which Health Choice said “is justifiable only on the basis that this statute is intended to provide for emergency treatments of minors, not preventative treatment.”

“At all times,” the coalition noted, “every person (and every minor) is at some level of risk of contracting illnesses. As such, these proposed amendments would permit a health care provider to administer any preventative treatment designed to prevent any infectious disease, including vaccines, to any minor regardless of their capacity to provide informed consent. This is a fundamental departure from established law in the Commonwealth.”

Arguing that “medical decision-making for children is a fundamental right of parents that needs to be preserved,” Health Choice suggested that “parents would likely be astonished and concerned by this provision.”

The press release said the bills would also “limit the criteria for medical exemptions” to a single list created by the Centers for Disease Control and Prevention (CDC), which “was never meant to define all circumstances necessitating a medical exemption.”

The Community Immunity Act would additionally allow educational institutions to create their own immunization requirements, which might include vaccines not otherwise required by the Department of Public Health.

Further, the coalition says the legislation would “strongly incentivize” private daycares, schools, and camps “to refuse religious exemptions to avoid being publicly branded as an ‘elevated risk program.’”

The Massachusetts proposal is similar to a 2020 Washington, D.C. law which permits children eleven years old and older to consent to vaccination without parental knowledge. Four parents have filed a lawsuit in U.S. District Court, seeking a court order declaring the law unconstitutional.

As Children’s Health Defense pointed out, the D.C. Act has dire implications for the health of children. If parents do not know their child was vaccinated at school, they may not recognize vaccine adverse reactions. Serious adverse reactions require immediate medical treatment and are contraindications to further vaccination. Also, if the family doctor is unaware the child was vaccinated at school, additional vaccines may be administered too close in time to those given at school. Vaccine manufacturers, the American Academy of Pediatrics, and government public health authorities publish strict warnings about the timing of vaccines. Children are typically unaware of their family medical history and any inherent contraindications to vaccines.

‘Systemic bias against those with differing religious beliefs’

The bill would prevent students attending institutions ranging from daycare to college from obtaining religious exemptions, and force students with current exemptions to take the required vaccines in order to continue their education.

A summary of the bill produced by Health Choice said the measure “demonstrates systemic bias against those with differing religious beliefs.”

Rep. Vargas defended his move to strip out the religious exemption to vaccination, saying that “whether we like it or not, Americans, Massachusetts residents and human beings have a responsibility for the health and safety of one another.”

At the hearing early this week, concerned parents argued that the bills unfairly target families with strong religious beliefs and infringe on medical and religious liberty.

“When evaluating the proposed bills, please contemplate the following questions,” said Timothy Murzycki, a father who testified at the committee, “Is this freedom? Is this a democracy? Is this a free and fair society?”

Beth Cook, another parent, called the bills “discriminatory toward families whose sincere moral and religious beliefs influence their decisions regarding vaccination and medical intervention.”

Many pro-lifers have concerns over the use of the bodies of aborted babies in vaccine development and/or production, and the fact that the only measles, mumps, and rubella vaccine available in the U.S. contains in the syringe DNA of aborted children (cell lines RA273, WI-38, MRC-5). Other parents may not want to follow the exact vaccine schedule recommended by the Centers for Disease Control (CDC). That vaccine schedule, for example, recommends newborns be vaccinated for hepatitis B, which is spread through dirty needle sharing or sex with an infected person.

READ: Amount of aluminum in infant vaccines ‘akin to a lottery,’ researchers say

Despite differing approaches, Rep. Vargas said his bill and the Community Immunity bills are intended to accomplish the same goal, which he said is addressing “the high rates of vaccine exemptions in our state.”

But Health Choice 4 Action says “there is no immunization problem in Massachusetts.”

“We enjoy the highest school vaccination rates in the country, without coercive measures, and have had no outbreaks of vaccine preventable illness in school-aged children in the past decade,” the coalition said.

Nonetheless, Vargas said that “as lawmakers, we have to reason with the facts, listen to trained experts, trust the science and make tough decisions to stop preventable death and illness. We learned this the hard way during the pandemic.’

Versions of the bills currently under consideration had been proposed in 2019 but were killed off or died in committee. They were revived this year amid renewed interest due to COVID-19.

Parents sue Washington, DC for allowing minors to be vaccinated without parental knowledge or consent