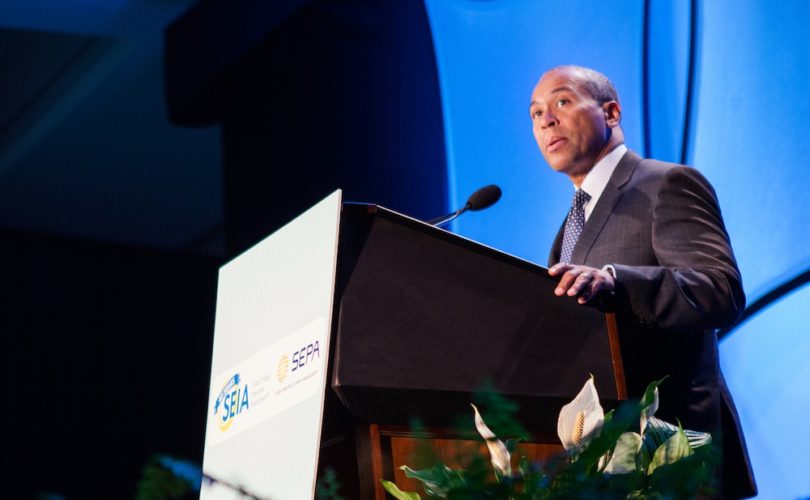 BOSTON, MA — Massachusetts taxpayers will soon be on the hook for an estimated $2.6 million in costs for transgender surgeries and hormone therapy.

On Friday, Gov. Deval Patrick, who leaves office at the end of 2014, announced that the state's Medicaid program would begin writing proposed regulations so taxpayer funds would cover the controversial medical procedure. According to the Boston Herald, the state believes the plan will cost $2.6 million per year based on figures from California and Vermont.

Patrick has said the policy will make Massachusetts more equal, as transgender surgeries and hormone therapies are being included as “medically necessary” procedures.

According to MassResistance Executive Director Brian Camenker, the policy is flawed in several significant ways. The first is cost, which Camenker says is already a concern because of the health care reform created under former Gov. Mitt Romney. “Massachusetts is already one of the worst states in the country when it comes to mandating exotic health care treatments that everyone is forced to pay for through their insurance, including in-vitro fertilization and mental health consultations,” says Camenker.

“Mutilating body parts and giving people drugs to solve a mental health problem only makes it worse. Rather than give the care the activists want, they should receive the care they need — counseling.

Second, Camenker says that there may be legal concerns. “These [changes] are always done through the legislature, usually the result of heavy lobbying by special interests,” he explained. “But sex-change treatments are so unpopular, even in Massachusetts, that the Governor knew it would never get through the Legislature. So he simply 'declared' it – which has never happened before.  Is it legal? We’re looking into that.”

Third, Camenker says that Patrick “is in the tank with the homosexual movement in a big way. He raises money for them, goes to their events, and was even a Grand marshal in the Gay Pride Parade. He is a huge proponent of that radical agenda, and he’s leaving office at the end of the year, so this is a gift to them.”

“This idea is very unpopular, even in Massachusetts. This is why the governor did what he did,” according to the pro-family activist.

Finally, Camenker says that transgender surgies are not “health.” According to the longtime state activist, “mutilating body parts and giving people drugs to solve a mental health problem only makes it worse. Rather than give the care the activists want, they should receive the care they need — counseling.”

Patrick's office did not respond to multiple requests for comment related to the legality of the change, nor why Patrick considers state funding for transgender surgeries an issue of equality.

Last week, famed psychologist Dr. John McHugh wrote in The Wall Street Journal that transgendered feelings are a psychological disorder, not a physical disorder, because “it does not correspond with physical reality.” McHugh also cited multiple studies showing that those who go through transgendered surgeries do not heal from the disorder.

The governor's move comes just weeks after the Obama administration made a similar change that would allow Medicare patients to apply for federal reimbursements for transgender surgeries.