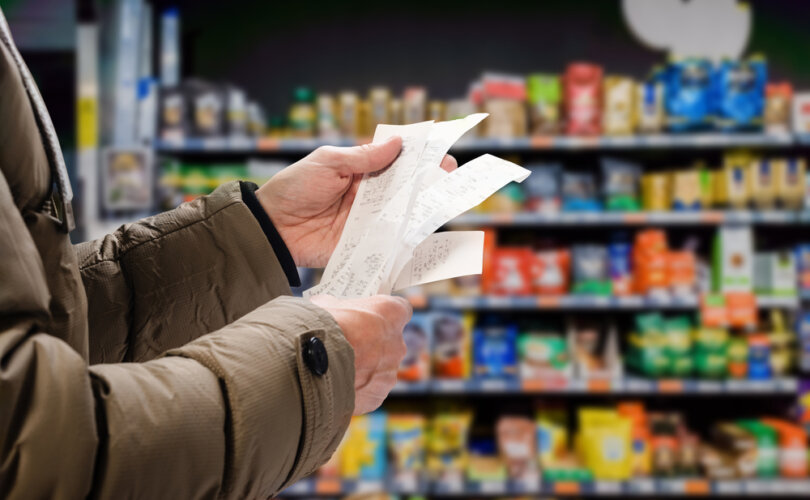 OTTAWA (LifeSiteNews) — Inflation for food is so bad in Canada that a governmental agency in charge of social services has warned it might increase the nation’s poverty rate significantly.

A memo dated September 27, 2022, from Canada’s Department of Social Development, as noted by Blacklock’s Reporter, warned that with the average price of food having risen 11 percent, “poverty rates in Canada” could start spiking “in the coming years.”

“As food prices increase, poverty thresholds are likely to follow,” noted the memo.

Before the COVID crisis, the Department of Social Development said Canada’s national poverty rate was as low as 6.4 percent.

The department claimed that the decline in the poverty rate at that time was “attributed to temporary COVID-19 emergency income supports,” along with the national Canada Child Benefit.

According to Statistics Canada, the nation’s Consumer Price Index rose “6.3% year over year in December, following a 6.8% increase in November.”

When looking at food prices, however, inflation is much higher, reaching 11 percent in December.

Certain items such as bakery products rose 16.6 percent, with coffee and tea going up 13.2 percent. Fresh vegetables have seen prices go up 13.6 percent.

When it comes to meat, seafood, and eggs, prices have gone up dramatically. For example, ground beef costs 14 percent more, with eggs going up 17 percent. Chicken thighs cost 22 percent more.

By comparison, in December 2020, prices overall for food were up only 0.5 percent.

Last November, Conservative MP Matt Jeneroux warned that Canadian families “are in their darkest hours,” due to the increase in food costs.

A recent survey shows that food bank use has seen a dramatic rise as a result, with visits expected to go up by 60 percent in 2023.

High inflation has led to rising interest rates, which will cause even more financial hurt to millions of Canadians, notably home owners with mortgages.

Last October the former Bank of Canada governor warned of a coming recession, while at the same time the nation’s inflation rate spiked to the highest level since 1991.

While inflation has hit on a global scale, in Canada, the Liberal government under Prime Minister Justin Trudeau doled out large amounts of borrowed money to fund both its COVID programs and ideologically driven programs, which have increased Canada’s debt to over $1 trillion.

In fact, the nation’s debt level has nearly doubled to approximately $1.2 trillion in the span of less than two years, from around $685 billion in 2019.

Under Trudeau, taxes have gone up as well, further burdening the average consumer.

Just recently, the Canadian Taxpayers Federation blasted Trudeau’s Liberals for implementing no less than five tax hikes in 2023, a year where citizens are already struggling to make ends meet.

Employers will also have to pay more into the respective programs.

Also increasing for 2023 will be Trudeau’s much-panned carbon tax. Starting in April, this tax will go up to 14 cents per liter of fuel.

It is estimated that the carbon tax increase will cost the average household between $402 and $847 in 2023, even after government rebates.

While the Trudeau government increases taxes, the Alberta government has instead suspended its provincial tax on fuel, as a way to offset the impact of inflation and the continued federally-applied hikes.