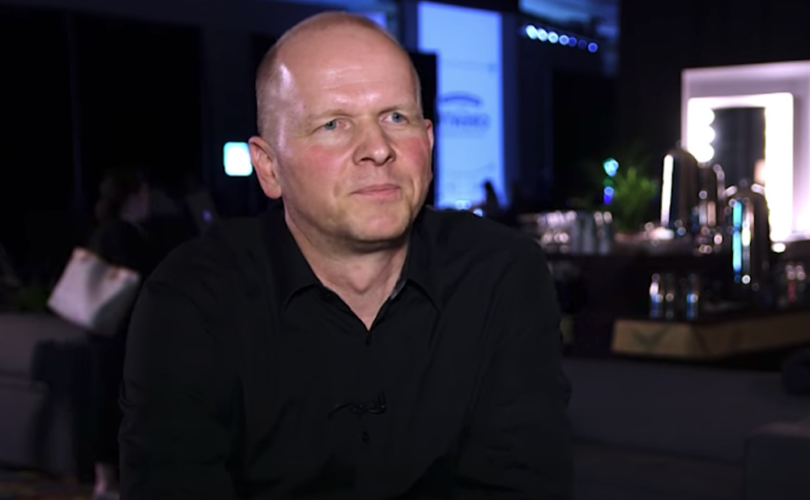 Shocking the crowd, Miebach replied “No” when asked if SWIFT, the international interbank messaging system that facilitates global financial transactions, will still exist five years from now. Explaining his surprising answer, Miebach told the WEF panel that CBDCs are the future of international banking and will likely replace the current model.

“If you can get a payment with all the data attached that you need as a company […] the cost savings of that in addition to a payment cost that is lowered, and the overall productivity boost, we can expect if we do this well, that’s the real goal here,” Miebach told the WEF summit panel hosted by the Global Blockchain Business Council (GBBC).

The other panelists, Jennifer Lassiter, executive director of the Digital Dollar Project; Yuval Rooz, the CEO of Digital Asset; David Treat, a director at Accenture and co-founder of the Digital Dollar Project; and Jon Frost, senior economist at the Bank of International Settlements, all said they believe SWIFT will still exist in five years, although they are all still in favor of and involved in the proliferation and adoption of CBDCs around the world.

The push for digital currency has proven to be one of the hallmarks of the World Economic Forum’s “Great Reset” agenda “to revamp all aspects of our societies and economies.”

“Every country, from the United States to China, must participate, and every industry, from oil and gas to tech, must be transformed. In short, we need a ‘Great Reset’ of capitalism,” WEF chairman Klaus Schwab has said about the project.

In the “Great Reset” marketing book, written by Schwab, the globalist suggests that the push towards nationalism in America during the Trump-era indicates that the United States dollar is “incompatible” with its “status” as a “global reserve currency,” and that a global digital currency is eventually going to arrive.

After Miebach’s bold statement sparked controversy on social media, a spokesperson for Mastercard backtracked slightly on the CEO’s revolutionary claims.

“Let us clarify the intent of the on-stage comment, as it’s not as simple as a yes or no answer. Michael was simply reinforcing what SWIFT has previously said – their operations continue to evolve. Its current form will not be the same in the future. They are adding more functionality and moving past just being a messaging system.”

With the explosion of popularity in cryptocurrencies such as Bitcoin and Ethereum, CBDCs have been a topic of much controversy and skepticism in recent months. While some believe digital currencies are going to be an inevitable reality, many fear that a centrally-created and centrally-controlled digital currency, as opposed to a “decentralized” cryptocurrency like Bitcoin, would strip individual citizens of their autonomy, privacy, and financial freedom.

These fears became even more heightened when Canada’s Finance Minister Chrystia Freeland, who also has ties to the WEF, used emergency powers to shut down funding to the anti-COVID mandate “Freedom Convoy 2022” protest by monitoring “all forms of transactions, including digital assets such as cryptocurrencies” and then freezing the accounts of those involved in the demonstration.

“[Freeland’s behavior] confirms what many have been warning about for some time: that one of the core elements of the [WEF’s] so-called Great Reset is to enslave populations by surveilling and controlling their transactions,” LifeSiteNews correspondent David James wrote in an op-ed following Freeland’s actions.

“China has already implemented its version of digital tyranny with its Social Credit System, which it will combine with its Central Bank Digital Currency [CBDC]. Now Trudeau and Freeland have drawn back the curtain in Canada to reveal their version of digital despotism,” added James.

In addition to China and Canada, America’s Federal Reserve and the United Kingdom’s Bank of England have also both begun the process of investigating and researching the logistics of implementing a CBDC.

“If the central bank maintains a single ledger of all transactions, then it is also in a position to know virtually everything that is going on in the world around it,” wrote the Daily Telegraph’s assistant editor Jeremy Warner in response to the Bank of England’s 2021 announcement regarding CBDCs.

“Credit provision might instead be concentrated in the hands of the state. Is this a shake-up we really want to pursue?” Warner asked.