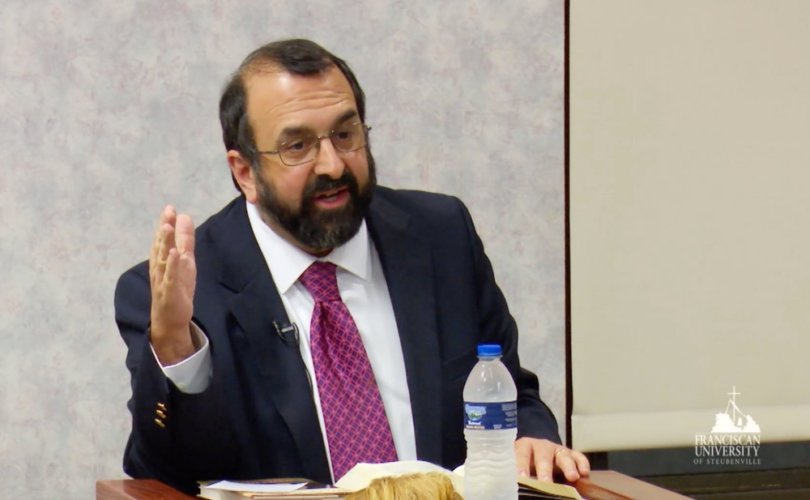 Spencer detailed the situation at his website Jihad Watch on August 15, explaining that the day before, just a few weeks after setting up a Patreon account, through which he hoped to finance the renovation of a TV studio for producing video content, he received an email from a member of Patreon’s Trust & Safety team notifying him that it was “remov[ing] your account from Patreon, effective immediately” and returning the remainder of his account balance.

“Mastercard has a stricter set of rules and regulations than Patreon, and they reserve the right to not offer their services to accounts of their choosing,” Patreon’s April wrote. “This is in line with their terms of service, which means it’s something we have to comply by.”

Spencer writes that he had received no warning, and could not review his content (which consisted solely of an announcement video and a notification about an upcoming livestream) for potential offenses because his account had been disabled. His reply email seeking an explanation went unanswered, but Patreon commented on a number of tweets publicizing the incident:

Hi Robert, we emailed you earlier today which explained that unfortunately Mastercard required us to remove your account. You replied to us but if you have further questions we're happy to keep emailing.

Hey, we've been emailing with Robert today to explain the situation as unfortunately Mastercard required us to remove his account. We will continue to email with him if he has further questions.

“This was plainly disingenuous. They had not ‘been emailing’ with me, never explained why MasterCard objected to my account or why they had to comply with MasterCard’s wishes, and didn’t answer my request for an explanation,” Spencer wrote. “I don’t have a MasterCard and didn’t have one attached to my Patreon account, so MasterCard really wasn’t involved — unless it owns Patreon, which is apparently the case.”

Spencer surmised that Mastercard was cracking down on individuals and organizations targeted by the Southern Poverty Law Center (SPLC), the left-wing organization that has falsely labeled numerous mainstream conservative organizations as “hate groups,” worked to get conservative groups banned from other online services,  and was forced to pay a $3.4 million defamation settlement to the British-based Quilliam Foundation for labeling it “anti-Muslim extremists.” Spencer lists a variety of SPLC’s attacks on himself in his article.

Mastercard responded with a statement to Breitbart explaining that “we share information about websites that may have illegal content with the acquirer – or merchant’s bank – that connects them to our network to accept card payments,” and in this case “the acquirer advised us that they decided to terminate acceptance.”

Spencer responded by reiterating that he “did not have a MasterCard attached to the Patreon account, and [does not] have a MasterCard at all,” asking for the company to identify the “illegal content” to which it referred, and to clarify whether the “website” in question was Patreon or Jihad Watch.

“I’ll be doing what I can to find out,” Spencer promised.

The spread of such crackdowns from content platforms to services such as credit card companies dovetails with warnings raised by observers such as Breitbart technology expert Allum Bokhari, who wrote that the ability to even create competing platforms was at stake.

Facebook, YouTube, Patreon, Mastercard, and others are “indeed private companies, but they have a virtual monopoly today over the means of communication,” Spencer said. “Once they start banning people because they don’t like what they say, they’ve set a precedent that is inimical to the survival of a free society.”