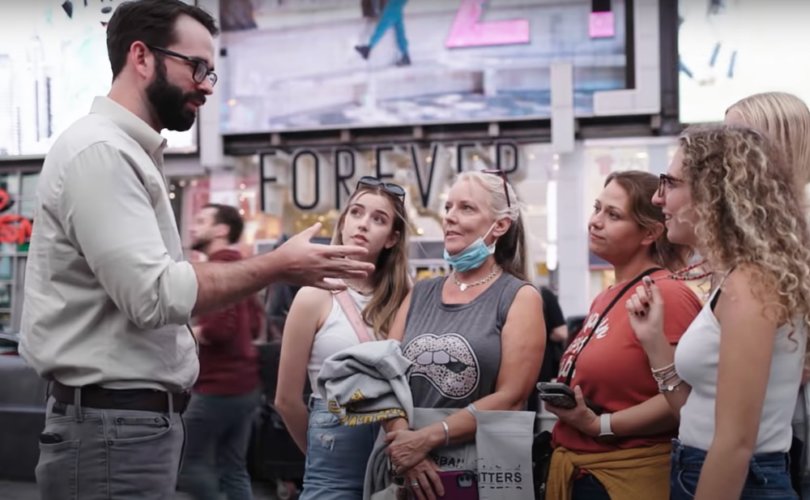 Yesterday the well-known conservative pundit took aim at a special report by Fox News which celebrates the decision of a 14-year-old girl named Ryland to live as a boy and her parents for having supported her in this imposture since she was 5.

“The reporter says that the child announced a new gender as a toddler,” Walsh wrote on Twitter. “Does Fox want us to believe that BABIES can choose their gender? This is the most extreme, radical, dangerous form of gender ideology. And it’s being promoted on Fox News.”

He continued: “The poor kid is 14 now with a permanently altered body, condemned to live forever with an identity imposed as a small child. It is horrifying, evil, and sick. And it is what Fox chose to promote.”

“I know for a fact that many people at Fox do not approve of this and never would have agreed to air radical far left trans propaganda. But Fox reporter Bryan Lenas chose to do this story and someone at Fox chose to put it on the air. Everyone involved should be fired immediately.”

(Thread) I have appeared on Fox News many times. I appreciate the platform they’ve given me. If what I’m about to say ruins that relationship, so be it. We have to call this evil lunacy out wherever we see it. Especially on our own side.

The short documentary is part of a larger “America Together: LGBTQ+ Pride Month” series at Fox News, according to national correspondent Bryan Llenas.

As part of our “America Together: LGBTQ+ Pride Month” series at Fox News we highlighted the story of Ryland Whittington – a trans California teen and his family who openly spoke about their journey. “I Would Rather Have a Living Son Than a Dead Daughter”https://t.co/rn3RVwd7JW

Llenas said in the video special: “Before Ryland could even speak he managed to tell his parents that he is a boy.”

Walsh’s What is a Woman documentary is currently the most watched film at home as rated by the massively popular film review site Rotten Tomatoes, making it one of the most popular films in America.

In the film Walsh exposes the concerted push to promote trans ideology to kids, even though children are physically and psychologically harmed in the process.

Daily Wire editor emeritus Ben Shapiro joined Walsh in castigating Fox News with his own tweet: “This would be absolute despicable insane lunacy if I saw it on CNN or MSNBC. To see it on Fox News is a complete betrayal of anything remotely resembling conservatism or decency.”

This would be absolute despicable insane lunacy if I saw it on CNN or MSNBC. To see it on Fox News is a complete betrayal of anything remotely resembling conservatism or decency. https://t.co/GByzfB2F5c

Shapiro added that “every element of this video is propagandistic” and “dangerous garbage.” He also called the treatment of Ryland by her parents “child abuse.”

He concluded his thread by writing: “Fox News is too important to conservatives to be weaponized on behalf of the most radical Leftist propaganda imaginable – propaganda that aims directly at the mental and physical health of children. They should terminate whomever is responsible for this agitprop abomination.”