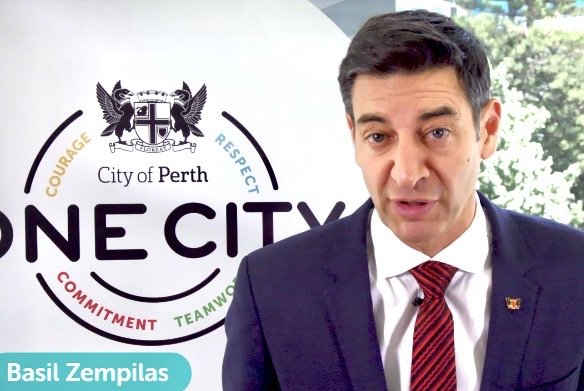 Basil Zempilas, the city’s recently inaugurated mayor, angered listeners of his radio show last Wednesday, when he bluntly declared, “If you’ve got a penis, mate, you’re a bloke. If you’ve got a vagina, you’re a woman. Game over.”

The comment was made in response to a story of a woman who refused to view her child as either male or female until he reached age 18.

Zempilas’s co-host countered by saying, “If I subscribe to being a girl, I’m a girl,” to which Zempilas responded, “No, no, wrong.”

A petition demanding his resignation had accumulated more than 10,000 signatures when it was presented to him on Sunday. The mayor also faced a large amount of online backlash, with his social media reportedly being inundated with angry messages. A march was organized this past Saturday, calling for his resignation and urging people to “Stand up to Transphobia.”

Zempilas caved and issued an apology on the City of Perth website the day after his remarks, saying his comments “do not reflect my values.”

“The comments I made were wrong and they don’t reflect how I feel. I’m disappointed in myself for making those comments and I realise I’ve let many people down,” Zempilas said. He included a picture of the Perth Council House lit up in the rainbow colors.

However, despite the apology, LGBT activists were seemingly not satisfied, vandalizing his home with graffiti, according to the Daily Mail.

The police did not respond to the Daily Mail’s queries as to whether the vandalism was under investigation, or whether it had been politically motivated.

In the run-up to the 2017 referendum regarding same-sex “marriage” in Australia, Christians were threatened with violence if they voted against the legislation, with slogans such as “Crucify ‘No’ Voters,” “Bash Bigots,” “Christians are Nazis,” and “Vote Yes” graffitied on churches and buildings.

Australia legalized same-sex “marriage” in December 2017, one day before the feast of the Immaculate Conception on December 8.

— Article continues below Petition —
PETITION: Reject totalitarianism - Australians pledge not to vote Labor!
Show Petition Text
5081 have signed the petition.
Let's get to 6000!
Thank you for signing this petition!
Add your signature:
Show Petition Text