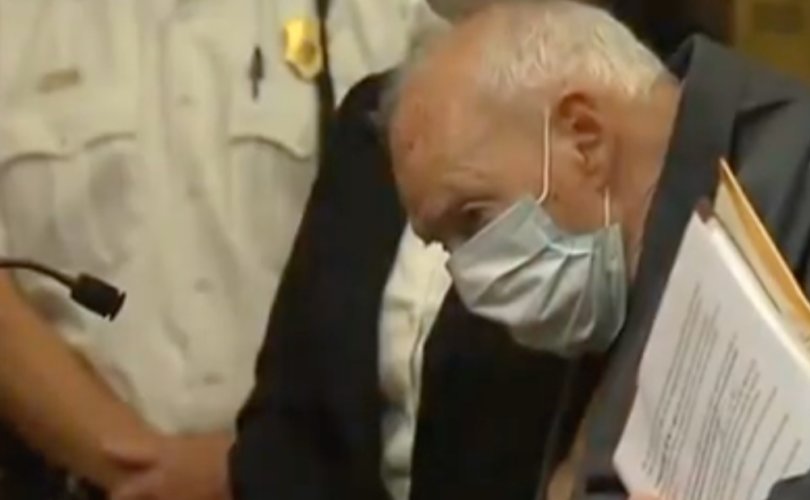 DEDHAM, Massachusetts (LifeSiteNews) — Lawyers for ex-cardinal Theodore McCarrick said in a court filing last week that the disgraced cleric may not be able to stand trial on charges of sexual assault due to mental decline that would prevent him from bearing testimony or take meaningful counsel.

McCarrick, who was laicized by Pope Francis in 2019 after being found guilty of “solicitation in the Sacrament of Confession, and sins against the Sixth Commandment with minors and with adults, with the aggravating factor of the abuse of power,” currently faces criminal charges of sexual abuse against a minor dating to the 1970s.

The criminal charges, filed July 28, include three counts of indecent assault and battery on a person age 16. The assaults are said to have taken place on June 8, 1974, at Wellesley College, according to court documents. On September 2, McCarrick pleaded “not guilty” to the charges.

In recent developments, on December 5, 2022, Dr. David Schretlen, professor of psychiatry and behavioral sciences at Johns Hopkins University School of Medicine, conducted a neurological exam of McCarrick, with results apparently showing “significant neuropsychological deficits.” According to the court document, this “appear to have started relatively recently, to be worsening rapidly, and to impair both Mr. McCarrick’s cognition and his memory.” The report was filed January 13 in Dedham District Court in Massachusetts, with a final report expected within one month.

In the filing, lawyers stated that, “based on preliminary discussions with Dr. Schretlen, counsel have developed serious concerns that Mr. McCarrick may no longer be legally competent to stand trial, because he would be unable to assist meaningfully in the preparation of his own defense or to consult effectively with counsel during trial with a reasonable degree of rational understanding,”

The document also states, “Because the Commonwealth bears the burden to establish that Mr. McCarrick is, in fact, competent to stand trial… it will need adequate time to review the report from Dr. Schretlen and, if necessary, to engage its own expert to evaluate Mr. McCarrick.”

In addition to pleading “not guilty” to the current charges, McCarrick has likewise never admitted guilt to the sexual crimes for which he was condemned and laicized by Rome.

See here LifeSiteNews’ extensive coverage of McCarrick and related issues within the Church.