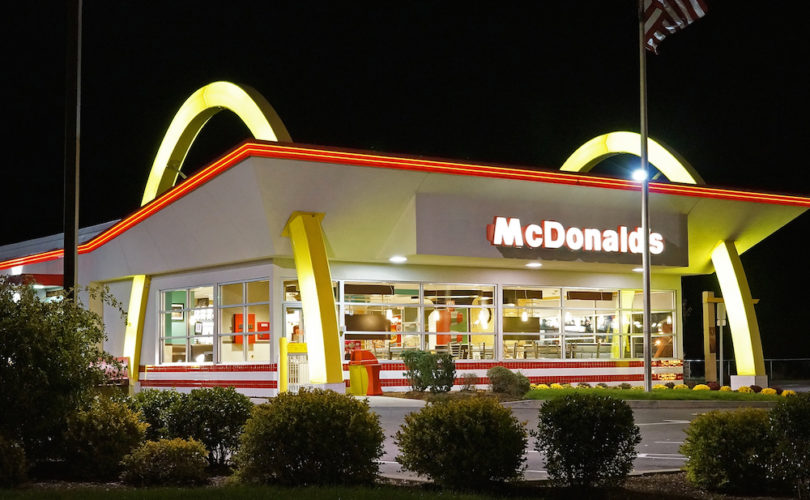 The McDonalds mega-chain has topped the list of companies most apt to sponsor sexually-graphic television shows, according to the Parents Television Council.

“The companies on our lists are the worst offenders in each category, and McDonalds, YUM! Brands, and Toyota Motor Sales Inc., in particular have been the top contributors to the most explicit broadcast TV shows,” Tim Winter, the pro-family group’s president, said in a press release.

“Particularly jarring is the direction that McDonalds’ advertising has taken in recent years, given its history as a family – and child-centric – brand,” he added.

“We’ve recently reached out to McDonalds to encourage the company to change course, as it used to be one of our ‘best’ advertisers. And perhaps not coincidentally, data shows the company to have had better earnings when it eschewed explicit TV programming.”

The TV watchdog’s latest report, released in May, highlights companies that routinely advertise on shows that include, for example,  “jokes about incest, rape, pedophilia; [glorifications of] adultery; barrages of bleeped and partially-bleeped F-words; and intense, brutal violence, including cannibalism and fetishized butchery.”

The lists feature companies that most frequently sponsor some of the most offensive content on broadcast television. The programs are evaluated and reviewed by the Parents Television Council’s Research Department.

“Today we call for greater responsibility by the corporations whose media dollars underwrite some of the most harmful material on broadcast television,” Winter said.

“Family quality programming doesn’t just benefit families. It is also more profitable for the corporate sponsors who advertise on the broadcast networks. We hope that companies will choose wisely where to put their ad dollars for the benefit of families across this country.”