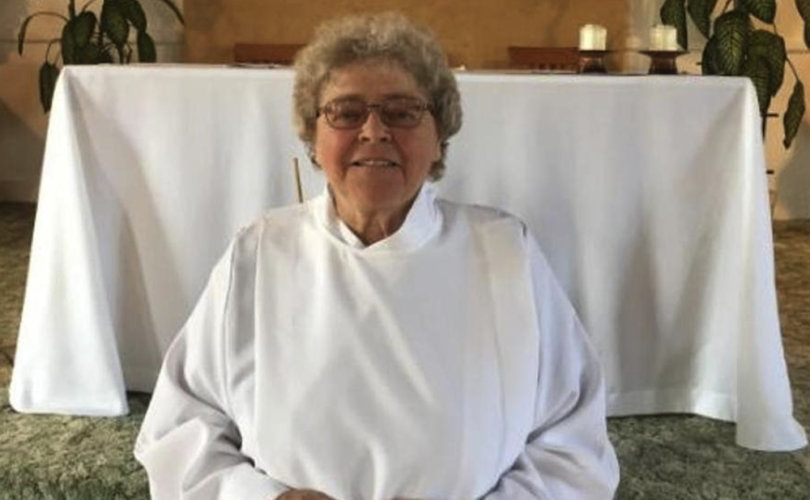 Sister Pierrette Thiffault officiated at a Catholic wedding in a remote area of Quebec.

ROUYN-NORANDA, Quebec, August 2, 2017 (LifeSiteNews) — The story of a nun who received Vatican permission to witness a Catholic marriage in a remote Canadian diocese with few priests has seized international attention — the implication being it may portend a new role for women in the Church.

But the situation is far from unprecedented and is allowed under canon law, as American canonist Dr. Edward Peters pointed out.

CBC French radio reported July 20 the Vatican Congregation for Divine Worship and the Sacraments granted Sister Pierrette Thiffault permission to officiate at a July 22 wedding in Lorrainville, a tiny rural community in diocese of Rouyn-Noranda in northwest Quebec.

It was a first for the diocese, CBC reported.

GloriaTV picked up the story on July 23, followed by Italy’s La Stampa, and most recently, the Catholic Register, the UK’s Catholic Herald, as well as Crux and the Jesuit magazine America.

But what Sister Thiffault did isn’t new. In fact, it has been going on for decades, says Peters, a professor of canon law at Sacred Heart Major Seminary in Detroit.

“Canon 1112 of the 1983 Code makes it possible for some lay persons (and in this context a religious sister counts as a lay person) to officiate at a Catholic wedding,” he told LifeSiteNews in an email.

“The Canadian bishops approved the forwarding of such requests to Rome back in the mid 1980s and that seems to be what happened here,” Peters added.

“In the late 1980s, the United States bishops also approved the forwarding of these requests to Rome and in few cases lay persons, again usually religious, have officiated at Catholic weddings in America.”

Canon 1112 specifies a lack of priests and deacons must be the reason for delegating a lay person, with Rome’s permission, to witness a Catholic marriage.

This was indeed the case here, says chancellor for Rouyn-Noranda diocese, Sister of Charity Madeleine Dumas.

Bishop Dorylas Moreau “could ask permission from Rome because it was very difficult to find a priest to celebrate this marriage,” she told LifeSiteNews in an email in French.

“This authorization was valid only for this marriage,” added Sr. Dumas.

“It was an exceptional situation, nothing habitual,” Bishop Moreau told the Catholic Register, which reported the backwoods diocese has 16 priests serving in 35 parishes spread over 15,000 square miles.

The bishop received Vatican permission on May 23 for Thiffault to witness at the July wedding, the CBC reported.

Thiffault took time to prepare the couple and “to check well their free consent,” Dumas said.

“And it is wise that such a law applies throughout the world because it shows the importance of the sacrament of marriage that should not be celebrated anyhow or by anyone,” she wrote.

Thiffault herself  regards the event as significant for women.

”It is a great service to the Church, but to me too. It is an opening for women in our milieu, but also in the diocese,” she told CBC.