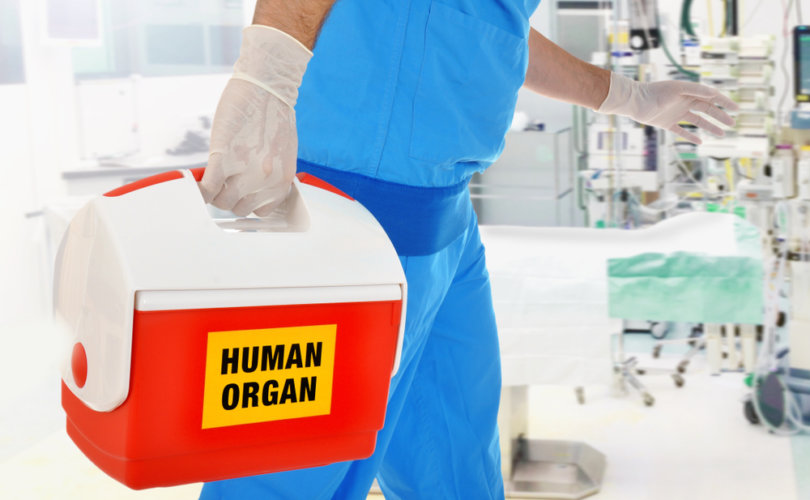 ROME, Italy, May 22, 2019 (LifeSiteNews) – An international group of distinguished medical doctors and scholars refuted “brain death” as a legitimate criterion for determining actual death at a two-day conference in Rome.

The May 20-22 event, titled “A Medicolegal Construct: Scientific & Philosophical Evidence,” was hosted by the lay-led John Paul II Academy for Human Life and the Family at Hotel Massimo d’Azeglio just days after the 2019 Rome Life Forum and Italian March for Life.

Many attendees and speakers at the conference, including Austrian Catholic philosopher Dr. Josef Seifert, were former members of the Pontifical Academy for Life, which was founded by John Paul II in 1994 to combat the “culture of death.” Pope Francis overhauled the Academy in 2017 by replacing its conservative members and by issuing a new mandate that requires support for immigration and the environment. A pledge that previously demanded members uphold the Church’s pro-life teachings was also done away with. Francis’ actions influenced Seifert’s decision to found the John Paul II Academy for Human Life and the Family in 2017.

Throughout the conference’s diverse and highly academic presentations, one discernible theme emerged, namely, that “brain death” has been invented to harvest viable organs from still-living people. Only when a person’s heart stops beating and their breathing ceases for a determinate amount of time can it be said that death has truly occurred.

Emceed by LifeSite co-founder John-Henry Westen and Lepanto Institute president Michel Hichborn, the conference featured lectures by some of the most accomplished scholars on the subject of “brain death,” including Doyen Nguyen OP, a professor at the Pontifical University of St. Thomas Aquinas in Rome, who delivered three talks on the subject.

Blunt yet respectful, Nguyen maintained that John Paul II’s writings on brain death “made a mess” of Church teaching. She also explained in detail the gruesome methods surgeons use when harvesting organs from a donor's body. In 2018, she released a book titled, “The New Definitions of Death for Organ Donation.”

Dr. Cicero Coimbra M.D. addressed the conference as well. He said apnea tests, a common procedure used on “brain dead” patients, actually cause irreversible “brain death.” He also spoke about the importance of taking proper amounts of vitamin D and magnesium to have a healthy brain and immune system. For speaking out against “brain death,” he has been ostracized by the medical community.

Many conference presenters agreed that “brain death” and “organ donation” are essentially terms used by the medical community in order to convince people they are giving “the gift of life” when in fact, as Dr. Paul Byrne repeatedly stated in his talks, “you cannot take viable organs from a cadaver. The body needs to have a beating heart to maintain organ health.”

During his two presentations at the conference, Byrne, a neonatologist and president of the Life Guardian Foundation, shared moving stories about the poor treatment the “brain dead” patients he treated received from doctors and hospitals.

He also showed a video of him interviewing Zack Dunlap, a man diagnosed as “brain dead” who was minutes away from having his organs harvested but thanks to his cousin who feverishly showed obstinate nurses Zach’s condition was improving was spared from being killed. He eventually made a full recovery and is now married.

Byrne also aired a video clip of an “organ donation” procedure where the body cavity is opened up while the heart is still beating. Some in the audience let out an audible grasp while the video was playing.

In an interview with LifeSiteNews, Byrne said, “what’s really happening is that a multi-billion dollar industry has been created around the harvesting of organs. But organ damage occurs within minutes of death. Knowing they need to excise organs before a person dies, the medical community uses the term ‘brain death’ to say the person is dead. But these patients are not dead! The ‘organ donation’ procedure is what actually kills them. It stops their heart. Do not be an organ donor.”

When news broke Monday that French President Emmanuel Macron opened a hotline for people to call in and protest the withholding of life support of Vincent Lambert, conference goers were asked to get out their phones and put their pro-life convictions into action, which they eagerly did. The following day a French court ruled that Lambert’s life support was to be re-instated. Resounding applause echoed throughout the conference hall when Hichborn made the announcement.

Other speakers at the conference included Fr. Edmund Waldstein, a Cistercian monk from Austria, Illinois-based neurologist Thomas Zabiega, Dr. Alan Shewmon, M.D. (via Skype), and Academy president Dr. Josef Seifert. The metaphysical and philosophical aspects of death were discussed throughout the conference’s lectures and question and answer sessions.

Bishop Athanasius Schneider appeared at the conference as well via a pre-recorded video message. In his 23-minute address, he stressed the need for society to return to the Social Kingship of Christ so attacks on innocent life will no longer happen.

At the conclusion of the conference, Seifert announced his desire to establish a Poland-based John Paul II Academy for Human Life and the Family. He said he envisioned a “network” of Academy-linked organizations so its message could spread throughout the world.