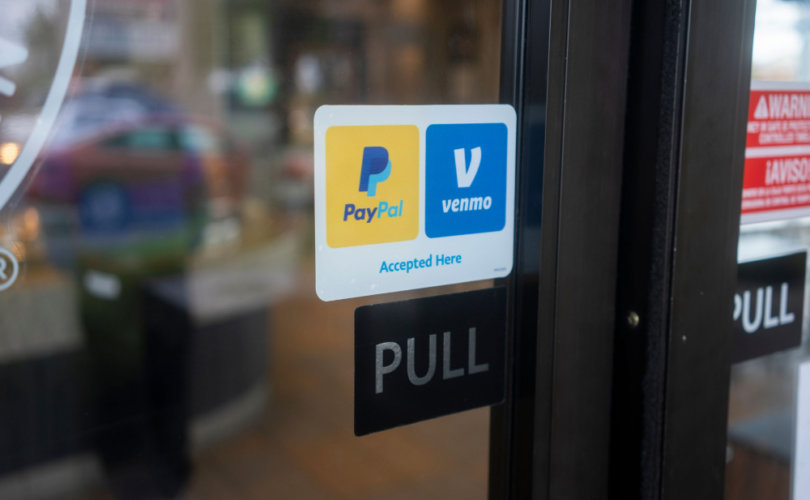 (LifeSiteNews) — A medical freedom advocate and podcaster put out a warning that “they are coming after your ability to conduct financial interactions if you speak out” after his PayPal account was banned.

They are coming after your ability to conduct financial interactions if you speak out.

Time to build our own financial systems and payment processors.

“They are coming after your ability to conduct financial interactions if you speak out,” the advocate added. “Time to build our own financial systems and payment processors.”

Alexander’s organization, Health Freedom for Humanity, hosts a podcast on which topics that deviate from the mainstream narrative surrounding the so-called COVID pandemic are discussed.

Many of the podcast’s episodes feature highly distinguished guests, including doctors, discussing opinions largely shut out by Big Tech censorship and the mainstream media under the guise of “misinformation.”

While many consider social media platforms like Twitter, Facebook, and Google’s YouTube to be the main culprits behind political censorship, behind-the-scenes service providers such as payment processors and webhosting services have also been known to ban those they disagree with politically.

“No longer is there any doubt that vaccine industry interests and other corporate and political interests are pulling the strings so that Big Tech moves to squash scientific views, studies, scientists, and opinions that are contrary to the narrative,” investigative journalist Sharyl Attkisson reported  at the time of NVIC’s ban.

Similar to the statements made by Alexander upon his organization’s banning, NVIC wrote in a news release after their ban from PayPal that the company “wants to control your choices and tell you which nonprofit charities you may and may not support.”

Fear surrounding financial sanctions over one’s political beliefs has been on the rise in Canada, particularly since Prime Minister Justin Trudeau invoked the never-before-used Emergencies Act on the anti-COVID mandate Freedom Convoy protesters earlier this year.

In a move that shocked politicos on the left and right around the globe, under the Emergencies Act Trudeau implemented a provision that allowed banks to freeze the personal accounts of those affiliated with the Convoy without a court order.

Since then, credit unions have reported withdrawals of millions of dollars from Canada’s financial institutions, with many customers citing Trudeau’s government as the reason they fear keeping their money with a third party.