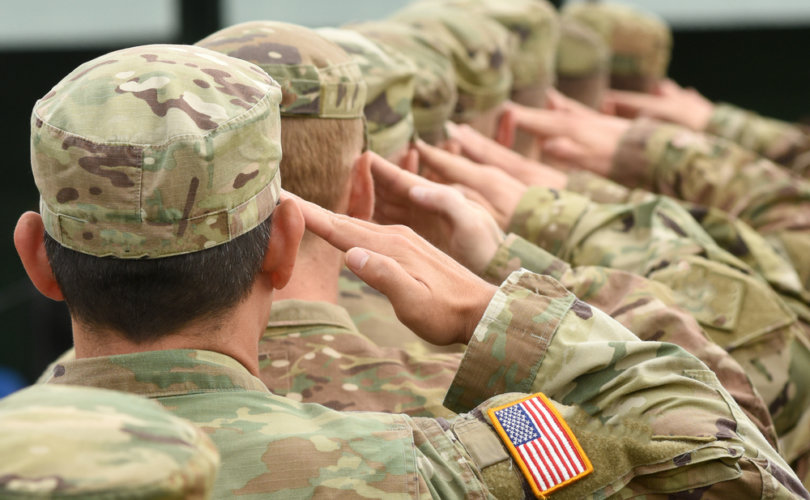 TUCSON, Arizona (LifeSiteNews) — The medical freedom nonprofit Truth for Health Foundation announced Tuesday that it is funding legal defense grants for military cadets at American service academies whose futures have been threatened over their refusal to receive COVID-19 vaccines.

Truth for Health president and CEO Dr. Elizabeth Lee Vliet made the announcement during Tuesday’s Flag Day press conference on the state of the U.S. military under President Joe Biden, which was live-streamed here on LifeSiteNews.

“We are additionally funding legal defense grants for a number of cadets at our U.S. service academies for a major lawsuit being led by Mike Rose and a team of other attorneys that will be filed next week,” Vliet said. “Not only have [the cadets] been threatened with expulsion from the academies if they fail to be vaccinated with the experimental use authorization products, but they are also being threatened and told that they will have to repay all of their educational expenses in addition to losing their career.”

“This is unconscionable, and this is an outrageous abuse of our constitutional rights for everyone, but especially for our military, who take an oath to defend the very constitution that guarantees the right to religious freedom, medical freedom, and our bodily integrity,” she said. “So we felt it was critically important that we step up and assist these cadets in their legal defense. And I’m proud that Truth Health Foundation donors have made that possible.”