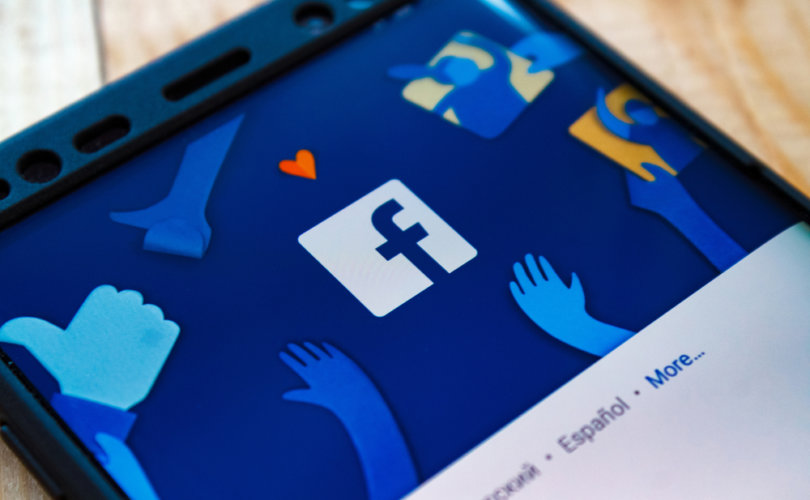 (LifeSiteNews) — The editors of the British Medical Journal (BMJ), “one of the world’s oldest and most influential general medical journals,” scorched Facebook fact checkers as “inaccurate, incompetent and irresponsible” Friday for determining that a landmark report they published exposing fraudulent practices in Pfizer’s COVID trial last month was “misleading.”

BMJ editor-in-chief Fiona Godlee and incoming editor-in-chief Kamran Abbasi penned an open letter to Facebook founder Mark Zuckerberg in response to claims by third-party “fact-checking” providers on the social media platform that claimed an article published by the BMJ on November 2 contained “false information” and was “missing context.”

The article in question, “COVID-19: Researcher blows the whistle on data integrity issues in Pfizer’s vaccine trial” and authored by investigative journalist Paul D. Thacker, was commissioned by the BMJ after it began receiving insider information from a former regional director of the medical research company Ventavia in September.

Ventavia was hired by Pfizer in 2020 to conduct research for the pharmaceutical giant’s abortion-tainted mRNA COVID-19 shot.

According to the editors, the journal was prompted to hire an investigator after the whistleblower sent them “dozens of internal company documents, photos, audio recordings, and emails,” the contents of which “revealed a host of poor clinical trial research practices occurring at Ventavia that could impact data integrity and patient safety.”

“We also discovered that, despite receiving a direct complaint about these problems over a year ago, the FDA [Food and Drug Administration] did not inspect Ventavia’s trial sites,” the editors stated.

According to the report, Ventavia “falsified data, unblinded patients, employed inadequately trained vaccinators, and was slow to follow up on adverse events reported in Pfizer’s pivotal phase III trial.” Overwhelmed by numerous problems with the trial data, regional director Brook Jackson filed an official complaint with the FDA, only to be fired later the same day.

Following the publication of Thacker’s report, Ventavia made public statements declaring that Jackson did not work on the Pfizer COVID-19 shot trial; however, Jackson was able to provide multiple documents proving that she was invited to the Pfizer trial team and given access codes to software relating to the trial.

Ventavia has not issued any comments or clarification since.

Just over a week after the investigation was published, Facebook fact-check partner Lead Stories published a criticism of the report on November 10, categorizing the BMJ’s article as flawed and attempted to undermine Jackson’s credibility as a source.

The same day, Facebook began censoring the BMJ’s article on its platform, stopping users from sharing the work and tagging posts with warning labels which read “Missing context … Independent fact-checkers say this information could mislead people,” the editors complained, adding that the Lead Stories article had been used to qualify the investigation as misleading.

The BMJ noted the following problems with the Lead Stories report:

Consequently, the BMJ editors described the fact-check as “inaccurate, incompetent and irresponsible.”

In response, Lead Stories stated that it is “ironic” the BMJ would take issue with its report, claiming that “the original BMJ piece carries a scare headline that oversells the whistle-blower and overstates the jeopardy.”

Lead Stories’ response cited “enormous engagement by Facebook users” regarding the BMJ’s exposé as the impetus behind its earlier fact-check report and refused to back down on the allegation.

In closing remarks to Zuckerberg, the BMJ editors stressed that they are not the only publication to have suffered at the hands of “independent fact-checkers” on platforms governed by Meta, the parent group of Facebook, Instagram, and other popular social media apps.

“Rather than investing a proportion of Meta’s substantial profits to help ensure the accuracy of medical information shared through social media, you have apparently delegated responsibility to people incompetent in carrying out this crucial task,” the duo charged.

While acknowledging that “[f]act checking has been a staple of good journalism for decades,” Godlee and Abbasi said that for such an egregious misjudgement to have been upheld “should be of concern to anyone who values and relies on sources such as The BMJ.”

“We hope you will act swiftly,” they said, “to review the processes that led to the error; and generally to reconsider your investment in and approach to fact checking overall.”

Since the FDA received reports of wrongdoing from Jackson, Pfizer has commissioned the company to conduct further research on their COVID jab for children and pregnant women, as well as a COVID booster dose and on a vaccine against the respiratory syncytial virus (RSV).