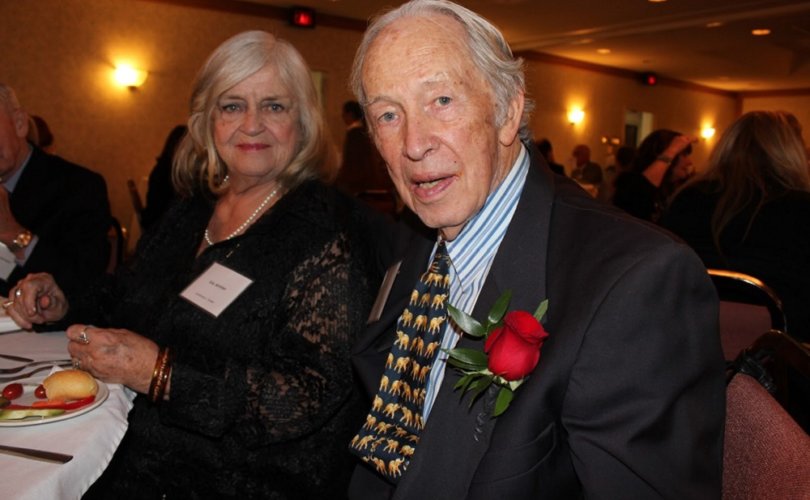 Barrie was married to Iola (2015) and they had six children.

Barrie was a paediatric oncologist and a pioneer in paediatric palliative care. His caring and innovative work with children with cancer, pregnant women with the Rh factor, and hemophilia patients, affected the lives of many. His medical career took him around the globe, from Canada to England to the USA, to Saudi Arabia to Africa. Barrie was Professor Emeritus at the University of Western Ontario (Paediatrics/Oncology).

He was a also founding member of various organizations, including Camp Trillium, The Sunshine Club, London and Area Right to Life, and the Montessori School of London, to name a few. A vocal advocate of pro-life, Barrie made countless presentations to government and local communities, educating them on the innate humanity and dignity of the unborn, and the importance of respecting human life, from conception to natural death.

Barrie lived life to the fullest. His Irish charm made him a friend of many. He was a dear friend. He will be missed.