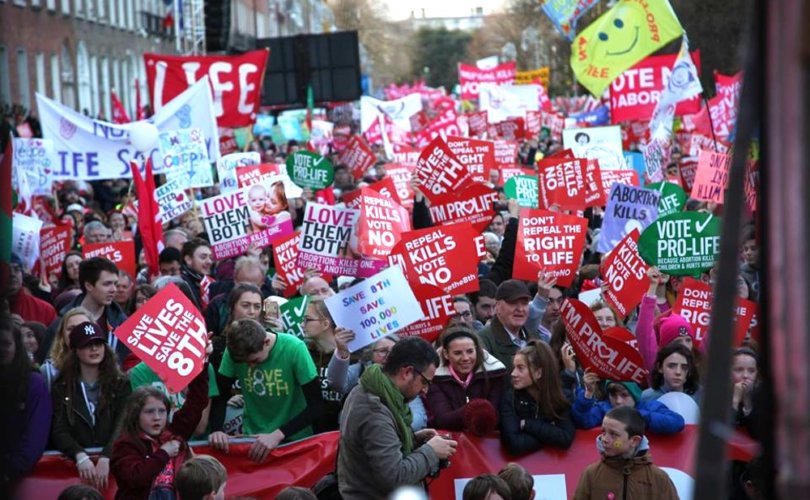 June 15, 2018 (Society for the Protection of Unborn Children) – Irish Taoiseach Leo Varadkar has insisted that doctors will be forced to refer women for abortions when legislation is introduced following the repeal of the Eighth Amendment.

The remarks came after the National Association of GPs (NAGP) passed a motion that the body should “advocate for conscientious objection, without obligation to refer”. Motions were also passed to call on the Health minister to ensure an “opt-in” provision for doctors who wish to provide abortion, and for him to confirm that he does not intend to “make a termination of pregnancy service part of routine general practice.”

“Flies in the face of care and compassion”

Mr Varadkar hit back, saying: “No GP will be required to provide the service so we are very happy to accept the principle that it will be opt-in and, indeed, the legislation will provide for GPs to have a conscientious objection.

“But what we can't allow is this suggestion that a GP who does not provide the service will then refuse to refer their patient on to somebody who would. Because essentially that is the equivalent of 'you're on your own, love' and we are not going to have that.”

Health Minister Simon Harris also criticised the GPs' stance, saying: “The idea of a woman in crisis sitting in front of her doctor & her doctor refusing to refer flies in face of care & compassion & is not reflective of doctors I know. People spoke & want women to be cared for. Conscientious objection -yes. No referral or info -no.”

But pharmacists want opt outs too

However, some commentators are suggesting that the Government may not be able to keep up this aggressive stance towards pro-life doctors and conscientious objection. According to the Irish Independent, “medical sources say the Government cannot afford to bring forward legislation which is not workable. It is likely that the law will have to include practical measures to recognise the potential for GPs to object to referral, even though it contravenes Medical Council guidelines.”

The NAGP estimates that as many as eight in 10 GPs would choose not to opt-in to provide abortions under such a system. Meanwhile, Darragh O'Loughlin, secretary general of the Irish Pharmacy Union, confirmed he has written to Simon Harris to extend the right of conscientious objection to pharmacists who may not want to dispense abortion pills.

What about the UK?

In the UK, the issue of conscientious objection for medical professionals has been receiving attention. A bill put forward by Baroness O'Loan, which seeks to clarify the law to ensure that medical professionals are not discriminated against because of conscientious objection to practices that end human life, passed its second reading in the House of Lords in January. On the other hand, conscience rights are under threat from the current campaign to decriminalise abortion by repealing sections of the Offences Against the Person Act – such a move would invalidate the conscience provisions in the 1967 Abortion Act.

The importance of conscience

Dr Anthony McCarthy of SPUC commented: “As many rightly feared, the regime in Ireland, not content with implementing abortion on demand, is now proposing to ride roughshod over the conscience rights of the medical profession.

“Since the time of Hippocrates, the founding father of medical ethics, abortion has been recognised as incompatible with the genuine, ethical practice of medicine. A doctor who deliberately destroys life, instead of saving it, is not worthy of the name of doctor.

“Leo Varadkar and Simon Harris are now insisting that doctors who object to abortion must refer patients specifically to doctors who will abort their unborn babies. Yet such referrals make the first doctor complicit in the abortion, sending out the message that the doctor's objection and concern for the welfare of the patient and her baby is simply not strong enough to stop the doctor acting as a go-between.

“Someone who objects to torturing prisoners should not be expected to arrange for someone else to torture them instead. Someone who objects to FGMs should not be prepared to refer to another doctor who does FGMs. So why are Varadkar and Harris expecting those who object to abortion, as a gross violation of medical ethics and human rights, to signpost their patients to the very doctors who will carry out these horrible procedures?

“In these times, it is very important that GPs and other health care professionals be fully aware of the ethical issues at stake in co-operation with evil. I would urge readers to look at these two articles (https://www.cmq.org.uk/CMQ/2016/Nov/Complicity-&-coop-evil.html and https://www.cmfblog.org.uk/2017/05/24/getting-conscience-right-and-wrong/), especially in light of the contempt now being directed towards those who strive to act well in the role of doctor and healer.”