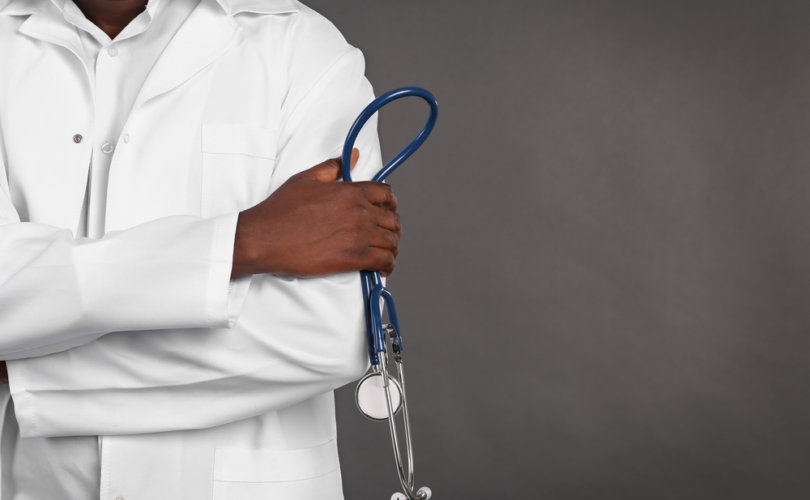 UGANDA, April 12, 2019, LifeSiteNews – A U.S. based pro-abortion group that misleadingly calls itself “Catholics for Choice” is enticing unsuspecting medical students in Africa’s most vibrant Catholic countries to become not only abortion promoters but even abortionists, according to medical students who attended a workshop hosted by the organization.

Ugandan medical students recently became troubled when they realized too late that a seminar about “reproductive health” offered by Catholics for Choice (CFC) was really about ending the lives of children in their mothers’ wombs.

They felt they were deceived by the euphemistic terminology employed by the CFC.  The seminar, titled “Values Clarification Workshop,” turned out to be what they said was abortion “indoctrination” that perverted Catholic teaching on the sanctity of life.

CFC wooed students to the abortion propaganda event by bringing them free of charge to Kampala’s most lavish resort, The Lake Victoria Serena Golf Resort & Spa—the country’s only five-star hotel—for a luxury weekend.

Catholics for Choice, an advocacy group based in Washington, D.C. with an annual budget of $3,000,000, states on its website that it “helps people and organizations confidently challenge the power of the Catholic hierarchy.” The group promotes contraception, abortion, and sex education. LifeSiteNews reached out to Catholics for Choice several times for comment during the writing of this report but received no response.

The Lake Victoria Serena Golf Resort & Spa verified that Catholics for Choice hosted the event, with representatives staying at the resort beginning February 27.

Some students were horrified upon perceiving that the seminar was neither “Catholic” nor about “women’s health.”

“They are manipulating us. They are not allowing dialogue; This is not a seminar for discussion,” said one.

“The methodology is not a good way of proceeding,” said the student. “It is a method of indoctrination.”

The presenters offered statistics showing that many Catholic women do abort their children in various countries throughout the world in an attempt to normalize the procedure, according to the students.

The printed material given to attendees—and forwarded to LifeSiteNews from Uganda via smartphone snapshots—opens with a series of questions and misleading answers on page one:

Do Catholic women have abortions?

What do Catholics believe about abortion?

Catholics the world over support the right to legal abortion and believe it can be a moral option.

What is the church’s teaching on abortion?

Catholic teachings on abortion have changed over time.  Many past and present Catholic theologians have said abortion can be a moral choice.  Others disagree.

The presenters also spoke about Humanae Vitae being “disastrous,” and that it has “enslaved women.”

The presenters mentioned that they had offered a similar seminar in the Congo in December, and that later this spring they will be in Malawi.  In this way they are targeting Africa’s most dynamic, faithful, growing Catholic populations.

An attendee who wishes to remain anonymous said, “So you can see that the way they select the countries to visit:  They are the ones that when you hear about Catholicism growing in Africa, these are the countries.”

Students said they were troubled when, according to one, a speaker stated, “The Prime Minister of Ethiopia has asked us to do some work for him, and he has asked us to ask you if Ethiopia can introduce abortion as a way of enhancing the productivity of women.”

“They are approaching the whole thing around religion, culture and conscience,” said one attendee in reaction to the event.  “So they begin to peel people away from their religious and cultural beliefs, and also from reasoning through their consciences.”

After the weekend abortion seminar, attendees received an email from one of the two CFC presenters, Elyce Nollette, who serves as an International Program Senior Associate. The email was viewed by LifeSiteNews.

Nollette referred to the seminar as a “Values Clarification Workshop” and directed attendees to CFC’s website where among other things, they could find “resources for values-based support for women’s choices and their moral autonomy and the real story of Catholics and conscience when it comes to issues of sex and reproduction.”

Amanda Ussak, the second presenter at the Values Clarification Workshop, “implements and manages CFC’s international activities including initiatives with global advocates, policymakers and reproductive health providers and other influencers to advance sexual and reproductive health and rights worldwide. Ms. Ussak’s leadership helps CFC influence and build a stronger community of advocates working around the globe to diminish the influence of religious extremism on women’s health policies.”

The group condemns African Catholic bishops because it sees them as “a vociferous opponent of modern contraception on the African continent, which has the world’s lowest rate of contraceptive use.”

A CFC online publication titled “Humanae Vitae at 50:  The Damage Done,” starts out lamenting that Pope John Paul II declared the promotion of contraceptives in developing countries is an attack on the family, part of a “culture of death.”

CFC is especially concerned because “Catholicism is growing fastest in Africa—the Catholic population on the continent has increased by 238 percent since 1980 and Catholics are predicted to account for nearly 25 percent of the population by 2040,” according to their Humanae Vitae report.