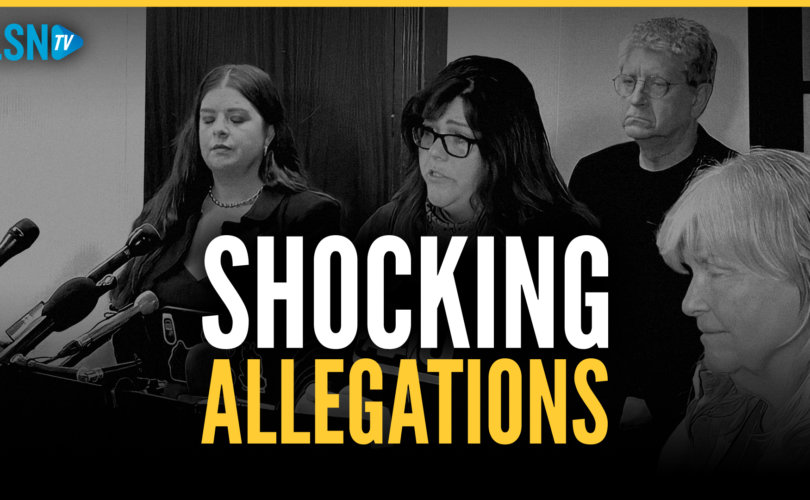 BALTIMORE (LifeSiteNews) — Curtis Bay Medical Waste Services in Baltimore, Maryland, appears to have removed some crucial content from their website following startling allegations made by pro-life activists that the company incinerates the bodies of aborted babies to generate electricity.

Curtis Bay has strongly denied the claims they transport or incinerate aborted babies, arguing that handling the remains of aborted children is against company policy which considers both “fetal remains” and “human cadavers” in an “unacceptable waste” category.

However, it appears the company has subsequently removed a crucial piece of controversial content from its website which seemed to give weight to the pro-lifers’ claims.

In a Tuesday article, LifeSiteNews had quoted the company’s “Our Process” webpage in which Curtis Bay had stated it “utilizes Waste-to-Energy incineration to safely convert infectious/biomedical waste and non-hazardous pharmaceuticals into useful energy.”

LifeSiteNews revisited the Our Process page Wednesday and can confirm that the quoted content no longer appears on the site.

While Curtis Bay’s website currently states the company manages “the largest medical waste incinerator in the United States,” no mention is made of its “Waste-to-Energy incineration” process or the “biomedical waste” it converts “into useful energy.”

LifeSite was able to locate an archived version of the webpage which contains the removed “Waste-To-Energy” statement.

A Google search for the quote also brings up a link to the original Our Process page.

The content which Curtis Bay appears to have removed from their website has been the subject of controversy this week, after some pro-lifers shockingly alleged the company incinerates the bodies of unborn babies to create energy for the city of Baltimore.

The claims were made after two pro-life activists, Terrisa Bukovinac and Lauren Handy, said they received a box allegedly containing the bodies of as many as 115 aborted babies on March 25 from a truck driver who was loading boxes from a downtown Washington, D.C., abortion clinic to take them to the Curtis Bay incineration facility.

Bukovinac and Handy said the truck driver gave them the box after they explained they wanted to give the aborted babies inside a “proper burial” and funeral.

Bukanovic told LifeSite’s John-Henry Westen in an extended interview Tuesday that on March 28, a Catholic priest came and offered a funeral Mass for unbaptized children in front of the refrigerator where Handy and Bukanovic were storing five “extremely late-term” babies they say they obtained from the box.

Washington, D.C., police found the remains of the five babies at Handy’s apartment after the FBI raided her home and arrested her last week on charges of “conspiracy against rights” and “FACE Act offenses” connected with a “traditional rescue” she conducted with eight other pro-lifers at a prominent D.C. abortion mill in October 2020.

PAAU gave a press conference Tuesday during which pro-life activist Missy Smith made the shocking allegation that Curtis Bay has been collecting the bodies of aborted babies in order to incinerate them to create energy for the city.

The allegation was bolstered by the now-removed statement on the company’s website explaining its “Waste-To-Energy” process.

According to Smith, “[t]his means, tragically, that they receive, transfer, and burn the corpses of aborted babies to make electricity for the households and businesses of the Baltimore area.”

It remains unclear what kind of medical waste other than “fetal remains” the company was collecting from an abortion facility, or how Handy and Bukanovic obtained the aborted babies found in their possession if not from the Curtis Bay truck driver.