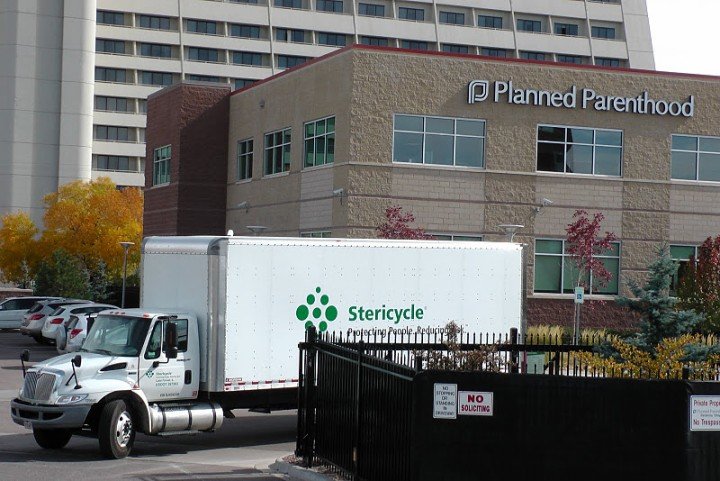 COLUMBUS, Ohio, August 9, 2017 (LifeSiteNews) – The country’s largest waste hauler confirmed that it has ceased doing business with hundreds of customers, “including many Planned Parenthood locations,” in the wake of a pro-life group’s campaign to stop the disposal of aborted children.

Medical waste firm Stericyle, Inc. ended business agreements with more than 400 customers in recent years, the company said in court papers, because the companies did not certify they would comply with an agreement to not use Stericycle to dispose of aborted babies.

This was affirmed in a June letter from Stericycle CEO Charles Alutto to Ohio-based pro-life group Created Equal.

In response to Created Equal’s May inquiry into the status of Stericycle’s relationship with Planned Parenthood and the abortion industry, Alutto clarified that Stericycle’s policy of not accepting fetal remains for disposal applied to all fetal remains versus simply intact fetuses.

Alutto said further that the company required supplemental assurances in writing from its customers that they have licensed providers for fetal remains. And when their customers aren’t willing to provide the certification, he said, Stericycle does not provide services.

“We have cancelled hundreds of contracts with women’s clinics since this certification process was implemented several years ago,” Alutto wrote.

Created Equal national director Mark Harrington told LifeSiteNews in an exclusive statement that Stericycle had taken “a vital first step in the process of ceasing its involvement with the abortion cartel.”

“We will ‘trust but verify’ Stericycle’s claims regarding their refusal to dispose of fetal remains from abortion companies,” Harrington said.

Stericycle has been Planned Parenthood’s main medical waste service provider in America, according to Created Equal, and the abortion giant cannot do business without the disposing of children aborted at its facilities.

Michigan abortionist Renee Chelian spoke to others in the industry at the 2014 National Abortion Federation annual meeting about the difficulty in disposing of aborted children’s remains. Her comments are captured on video and included in the #ProjectWeakLink campaign.

Chelian made a number of callous statements but emphasized the industry’s dependency on medical waste companies in stating, “Because we are all one incinerator away, or one incinerator company away, from being closed.”

DeWine ordered an investigation into whether Ohio’s Planned Parenthoods illegally sold fetal tissue and body parts after release of the Center for Medical Progress (CMP) videos. In the process, gruesome specifics of the abortion giant’s disposal of fetal remains in Ohio were discovered, including disposing of fetuses in landfills.

After a six-month legal battle, with assistance from the Thomas More Society, Stericycle dropped all charges.

Stericycle said in court documents that it had “a strict nationwide policy against accepting fetuses as “medical waste” “since at least 2008,” and the policy “was (and is) clearly communicated to each potential customer.”

Sometime around 2013, Stericycle said it learned that “some customers might be violating” its policy in regard to its accepting fetuses as medical waste.

In spite of its policy, Stericycle has had a longtime association with the abortion industry for the collection, transportation, and incineration of aborted fetal remains.

Pro-life advocates called for an investigation of Stericycle in 2013 after evidence arose showing the medical waste giant unlawfully dumped the bodies of babies aborted by Gosnell in a municipal landfill.

In 2012, Stericycle was found to have been servicing the late-term abortion facility of Steven Brigham, who was facing numerous charges, including murder, at the time.

And earlier in 2011, Stericycle was fined $42,000 for illegally dumping aborted children into a municipal landfill in Texas along with household and commercial garbage.

“Historically, Stericycle, either by neglect or intent, did not strictly enforce their medical waste protocol which was meant to refuse fetal remains,” Harrington told LifeSiteNews. “Therefore, in practice, Stericycle had been providing services to abortion clinics to dispose of aborted babies.”

“As Planned Parenthood and other abortion providers continue to treat preborn children inhumanely by killing them and dumping them in landfills, states are increasingly taking action,” Harrington continued. “Since abortion mills will not purchase cemetery plots to bury the children that they murder — because then they would have to admit that they are persons — many hire medical waste companies to dispose of the fetal remains.”

“Tightening state laws on disposal by requiring cremation or burial, combined with pressuring medical waste companies like Stericycle to dump Planned Parenthood and the abortion industry is the classic Pincer move they may eventually succeed in shutting them all down,” he said.

It’s a small number of Planned Parenthood and other abortion facilities currently serviced by Stericycle, Harrington added, and they are subject to the company’s waste acceptance protocol and requirement to provide those supplemental assurances.

“This has made Planned Parenthood and the abortion industry take on the difficult task of finding waste companies willing to dispose of aborted babies,” Harrington said.

Because of the attention brought by DeWine and #ProjectWeakLink to Stericycle’s involvement in disposing of fetal remains, Stericycle disclosed that they recently cancelled hundreds of contracts (over 400 in the past few years) with abortion facilities.