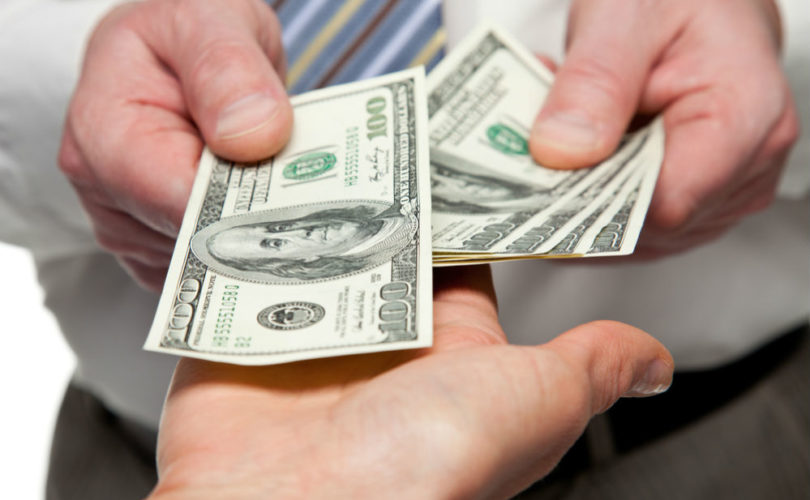 The Washington Blade reported that Singer and a number of wealthy donors, politicians, and the head of the Human Rights Campaign (HRC) met on Thursday to discuss how to swing the GOP in favor of redefining marriage.

Relying on four anonymous sources, the Blade found that HRC president Chad Griffin, a Democratic operative, was expected to speak at the event. Prominent Republicans are expected to be in attendance, including former Bush administration Solicitor General Ted Olson, who has led lawsuits against California and Virginia in support of same-sex “marriage.”

Former GOP Senator Norm Coleman, former Republican National Committee Chairman Ken Mehlman — who “came out” as gay years after his term ended — and Republican Rep. Charlie Dent of Pennsylvania were also expected to attend. Dent is one of the few House Republicans in favor of changing the legal definition of marriage, while Coleman has lobbied for the Employment Non-Discrimination Act on Capitol Hill. Coleman now heads the American Action Network and is on the board of the Republican Jewish Committee.

Singer, whose gay son has reportedly influenced his support for same-sex “marriage,” has long been a powerhouse GOP donor on issues like lower taxes and reducing regulations. In the last several years, he has also become a leading influence in the marriage battles, donating at least $10 million to states to redefine marriage.

ConservativeHQ.com editor George Rasley told LifeSiteNews that Singer's efforts could doom the GOP, if the party changes its view on marriage. ” Eliminating the Republican platform language in support of Biblical (traditional) marriage would have a disastrous effect on the success of the Republican Party. It would leave millions of voters who hold traditional Judeo-Christian values without a political home,” Rasley said.

Rasley, who said that “breaking the Reagan coalition of economic, national security, and social conservatives would be sheer folly for Republicans,” also pointed out that Singer “is the latest in a long line of influential people who have tried to remake the Republican Party into a pale shadow of the Democratic Party.”

Dr. Jennifer Morse, who founded the Ruth Institute, agreed that if the Republican Party changes its formal views on marriage, “the millions of ordinary people of all ages, races, and religions who value marriage as a pro-child institution will be politically homeless.”

“Resistance to the Sexual Revolution has always been lackluster and half-hearted among the top donors of both political parties,” Morse said. “I fear that [Singer's] money will be the one and only deciding argument and that the GOP will align itself with the rich and powerful on this issue.”

Rasley said that GOP support for same-sex “marriage” would be disastrous to the party's fundraising efforts. “It would spell the end of the Republican Party's grassroots donor base,” he predicted. “Grassroots Republican donors clearly remember that when God was mentioned at the 2012 Democratic Convention the audience booed – they will want no part of, and will not support financially, a Republican Party that has the same policies as the Democrats who booed mention of God at their convention.”

In addition to the political calculations, Rasley said that “abandoning traditional marriage is the wrong policy morally, because it is contrary to the Biblical teachings that are the foundation of every successful Western society.”