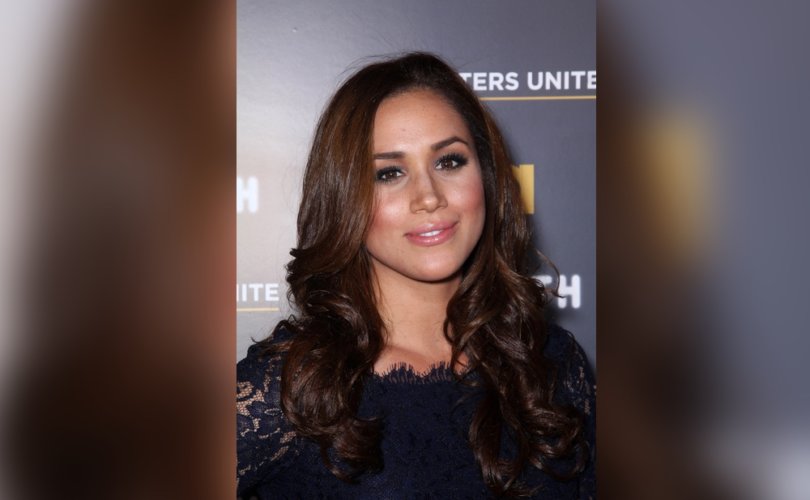 DUBLIN, Ireland, July 12, 2018 (LifeSiteNews) – The newest member of the British royal family was glad to see Ireland pave the way for abortion-on-demand in May, according to her conversation partners at a recent event.

Prince Harry and Meghan Markle attended a party Tuesday evening at the British ambassador’s residence in Dublin, Ireland, as part of their first foreign tour since their May 19 wedding. During the event, the Daily Beast reports that the American actress-turned-Duchess of Sussex spoke with individuals involved in the May 25 referendum to repeal Ireland’s constitutional protection for preborn babies.

“The Duchess and I had a chat about the recent referendum result—she watched with interest and was pleased to see the result,” pro-repeal Sen. Catherine Noone of Ireland’s ruling Fine Gael party tweeted. She later followed up with a tweet saying “I should say she seemed pleased—she was interested and very measured, not political at all.” Noone eventually deleted both tweets.

“Great to chat with Meghan Markle, Duchess Of Sussex, about Repeal and the importance of her feminist activism,” journalist and pro-repeal activist Una Mulally said in a tweet that remains published. “So important to have people in her position championing women’s rights. Total sounder!”

Great to chat with Meghan Markle, Duchess Of Sussex, about Repeal and the importance of her feminist activism. So important to have people in her position championing women’s rights. Total sounder! pic.twitter.com/Vjdquo45CP

The tweets brought Markle into conflict with the royal family’s tradition of public neutrality on political topics, Time’s Ciara Nugent explains. Though not legally binding, the tradition has generally been observed since the “17th century, when King Charles I lost his head during the English Civil War,” because “the Queen’s constitutional role is to represent the entire country.”

Neither Buckingham Palace nor Kensington Palace have commented on the tweets, Time reports.

Royal biographer Robert Lacey told the Daily Beast that Markle had a reasonable expectation of privacy in the off-the-record conversations, and that those who publicized her comments were the ones at fault. As for the substance of her alleged statements, he suggested that supporting abortion would be expected of a “modern royal” who has “modern beliefs.”

Prior to the wedding, Markle was as vocal about politics as the average Hollywood star, identifying herself as a feminist and claiming in 2015 the world was too slow to eliminate gender equality. She has also shared photos of herself with former U.S. President Barack Obama and Canadian Prime Minister Justin Trudeau, called then-candidate Donald Trump “misogynistic,” and cited Bill Clinton’s Secretary of State, Madeleine Albright, as a role model.

Although she deleted her social media accounts in preparation for joining the royal family, Jonathon Van Maren of the Canadian Centre for Bio-Ethical Reform notes that she “has also already indicated that LGBT advocacy will be prominent and important to both herself and Harry in their public roles, with many British newspapers noting that the couple has promised to ‘campaign’ for gay ‘rights.’”

Markle’s official biography on the royal family’s website highlights her declaration that she’s “proud to be a woman and a feminist,” and her “lifelong commitment to causes such as social justice.”

As duchess, she has also made a point of relying almost entirely on female designers (with one recent exception) for the dresses she wears to public events, in what some speculate is a conscious decision to send a more subtle feminist message. Among the designers she’s used are various self-proclaimed feminists, as well as abortion supporters such as Miuccia Prada and Caroline Herrera.

Van Maren also highlights the fact that Harry and Meghan selected Rev. Michael Curry, an Episcopal bishop and known proponent of same-sex “marriage,” to deliver the sermon at their wedding.