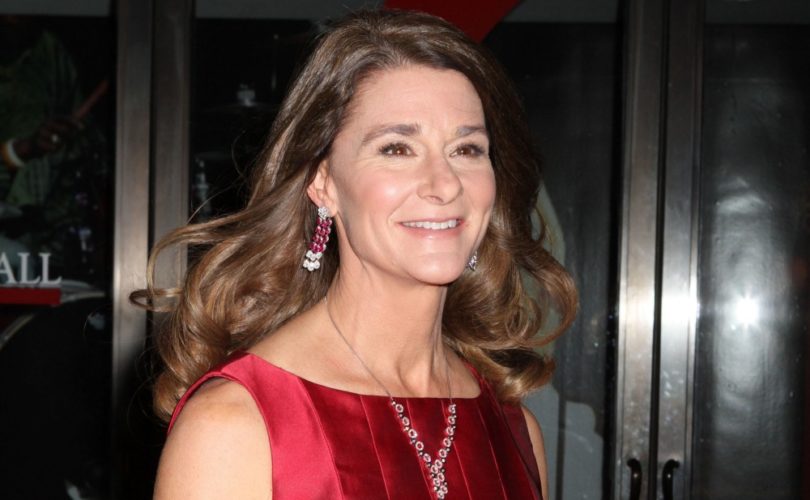 Gates has claimed to steer clear of the abortion debate since at least 2010. But one pro-life group isn't convinced.JStone/Shutterstock

WASHINGTON, D.C. – The claim by Melinda Gates, a Catholic, that the multi-billion dollar Bill and Melinda Gates Foundation does not fund abortion is “an outright deception,” says Father Shenan J. Boquet, president of Human Life International.

Gates has made headlines in recent days after she wrote June 2 that the foundation “has decided not to fund abortion.”

Though the remark has appeared in some news reports to indicate a shift in the foundation’s position, Gates has claimed to steer clear of the abortion debate since at least 2010.

“Melinda Gates’ claim that ‘the Gates Foundation has decided not to fund abortion’ should not be hailed as good news from pro-lifers, because it’s an outright deception,” said Boquet in a press release.

Boquet argues that their claim to not fund abortion is contradicted by the tens of millions of dollars in funding the organization hands out to pro-abortion groups, including various Planned Parenthood affiliates worldwide and Marie Stopes International. The foundation also has a close partnership with the United Nations Population Fund (UNPFA), which assists with China's one-child policy.

“While Ms. Gates claims to only be focused on contraceptives, what is often not discussed in public about these drugs and devices—and certainly not disclosed to the women in the developing world who receive Ms. Gates’ contraceptives—is their potential to cause abortions at the earliest stage of pregnancy,” Boquet observed. “Conception can still, and often does, occur even when these methods are being used, and that new life in the womb is then destroyed due to their effects on a woman’s body.”

The Bill and Melinda Gates Foundation did not return multiple requests for comment.

The issue of abortion funding is not new. The Foundation gave eight million dollars to Family Care International in 2000 for a five-year grant. Family Care described itself as “[addressing] a range of urgent health issues, including maternal health, adolescent sexual and reproductive health, family planning, unsafe abortion and violence against women.”