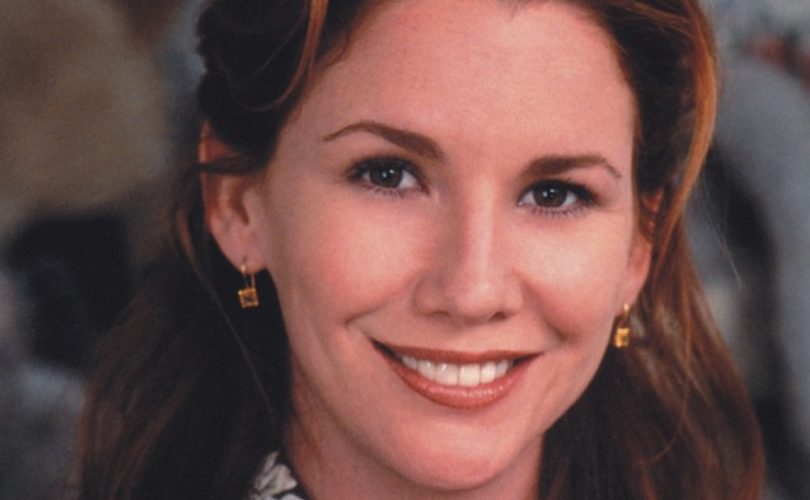 HOWELL, MI, August 18, 2015 (LifeSiteNews) – Melissa Gilbert, the actress made famous for playing the beloved character of Laura Ingalls on TV's Little House on the Prairie in the late 70s and early 80s, announced her run for Congress on Monday.  She is running for Michigan's eighth congressional district.

In announcing her candidacy, Gilbert tweeted, “Please join me in my fight for working families.”

Her campaign platform sounds pro-family, and her childhood TV show certainly was pro-family, but a list of Gilbert's supporters does not show a single conservative, pro-family organization. In fact, Gilbert is supported by some of the fiercest abortion advocates in the nation.

That's because Gilbert, 51, is a longtime supporter of abortion.

In fact, Gilbert specifically consulted with radical abortion advocate EMILY's List, which supports only pro-abortion candidates. EMILY's List is infamous for going even farther than most abortion activists by actually advocating for the infanticide procedure known as partial-birth abortion.

When asked why she is running for Congress, Gilbert replied that a major factor was her opposition to the incumbent, U.S. Rep. Mike Bishop. Bishop is a pro-life, pro-family, pro-marriage conservative.

Attorney Rebecca Kiessling, pro-life speaker and president of Save The 1, is a constituent of Michigan's eighth district. She commented to LifeSiteNews, “The audacity of Hollywood elite amazes me – that someone like Melissa Gilbert, who has never even served in the state legislature, can suddenly run for U.S. Congress just because she was once a famous child star.”

Melissa Gilbert “betrays women when she supports the exploitation of women and the killing of babies through abortion,” Kiessling charged. “Real feminists don't kill babies.”

Kiessling said she is very pleased with Bishop. “Representative Bishop is solidly 100% pro-life, no exceptions.”

Nevertheless, it is expected that Gilbert's celebrity alone will draw heavy donors and electoral support.

Michigan Right to Life's political action director, David Malone, when contacted by LifeSiteNews, said Bishop is the candidate that Michigan Right to Life will endorse because of his proven pro-life track record. Malone added that EMILY's List, which supports Gilbert, is pro-abortion in the extreme.

Recently, Gilbert has been embroiled in controversy over tax evasion. After the Detroit Free Press exposed the controversy in June, her campaign admitted on Tuesday that Gilbert owes $470,000 in federal and state tax liens. Legal records show unpaid federal tax liens as old as from 2005, according to the Free Press.

Many fans of the child star were surprised to find out that Ms. Gilbert is not at all like innocent Laura Ingalls, her most famous TV character. Her tell-all book, Prairie Tale, disillusioned many readers with sordid tales of her Hollywood childhood.