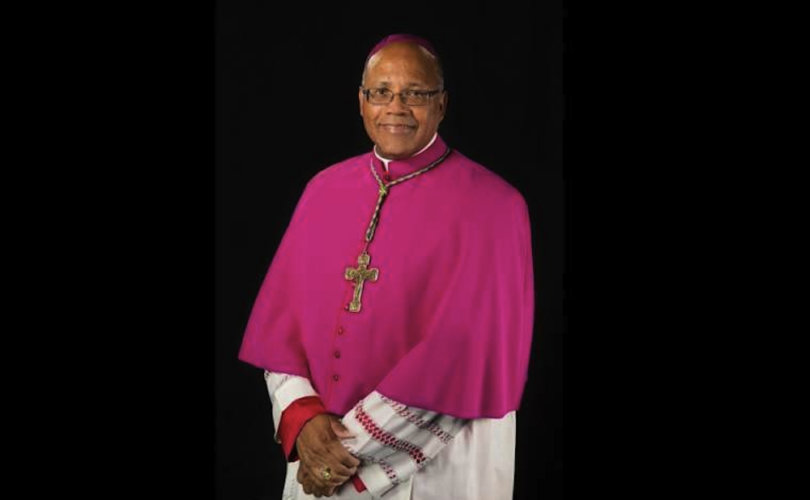 MEMPHIS, Tennessee, October 29, 2018 (LifeSiteNews) — The ousted Bishop of Memphis told Catholic media that Cardinal Donald Wuerl is to blame for his removal.

Bishop Martin Holley, dismissed by Pope Francis as ordinary of his Tennessee diocese on October 24, told Catholic News Agency (CNA) that his removal was the Cardinal’s “revenge” against him.

According to JD Flynn, the journalist who interviewed Holley:

“Holley told CNA that in 2012, Wuerl was under consideration to be transferred from Washington to a high-level Vatican position, as Vatican Secretary of State. Holley was then an auxiliary bishop in the Archdiocese of Washington.

“Holley says he was asked by Pope Benedict XVI to provide input on the prospect of appointing Wuerl, and that he offered testimony expressing concern about Wuerl’s fitness for the job,” he continued.

“Wuerl was not appointed to the position, and Holley said that his removal from the Diocese of Memphis is the cardinal’s ‘revenge’ for impeding the appointment. Holley said Wuerl has had ‘disdain’ for him since that time.”

Holley told Flynn, “I stood in his way for something he wanted.”

This is the latest episode in a long saga involving Wuerl, whose resignation as Archbishop of Washington, D.C. was reluctantly accepted earlier this month by Pope Francis. The Bishop Emeritus of Pittsburgh, Wuerl has been under scrutiny since allegations that his predecessor and alleged patron, ex-Cardinal Theodore McCarrick, had abused underage boys were made public.

The media focus shifted from McCarrick to Wuerl, however, when the Pennsylvania Grand Jury Report found fault with his handling of clerical sexual abuse cases while bishop in Pittsburgh.

Then, when Archbishop Carlo Maria Viganò released a testimony alleging that Pope Francis had knowingly promoted and protected McCarrick, he also named Wuerl as another prelate who covered up for the predator. Wuerl denied Viganò’s accusations.

In a letter granting Wuerl permission to step down as Archbishop of Washington, Pope Francis was effusive in his praise of the Cardinal and directed him to remain in his diocese as an Apostolic Administrator until a new archbishop was appointed. This, critics noted, was thus a resignation in name only, as Wuerl is still in charge of the Archdiocese of Washington.

As a member of the Vatican’s Congregation of Bishops, Wuerl also has considerable clout in Rome — and over bishops.

When the Vatican did not give an explanation for the unexpected dismissal of Bishop Holley, rumors flew around the internet. One openly gay former seminarian claimed in 2009 that Holley had, as a young deacon, tried to inveigle him into sex. As an official complaint has now been lodged, Holley would not comment on the allegations. However, he did state that he was not part of a homosexual network in the Church.

Referring to allegations of sexual predation, like those now attached to McCarrick, who consecrated Holley as bishop, Holley denied that he behaved that way himself.

“I would never belong to that evil,” he said.

Holley’s dismissal follows an Apostolic Visitation of his diocese that began in June. According to CNA, there were concerns about sweeping changes the bishop had made in the diocese, including the reassignment of two-thirds of the clergy, and its financial health. According to Memphis’ The Commercial Appeal newspaper, the diocese had been struggling since the last recession. The Apostolic Visitation was carried out by Archbishop Wilton D. Gregory of Atlanta and Archbishop Bernard A. Hebda of St. Paul-Minneapolis.

Holley was appointed the Bishop of Memphis by Pope Francis in 2016 after 12 years as an auxiliary bishop in Washington. He was consecrated as a bishop by the then-Cardinal McCarrick.