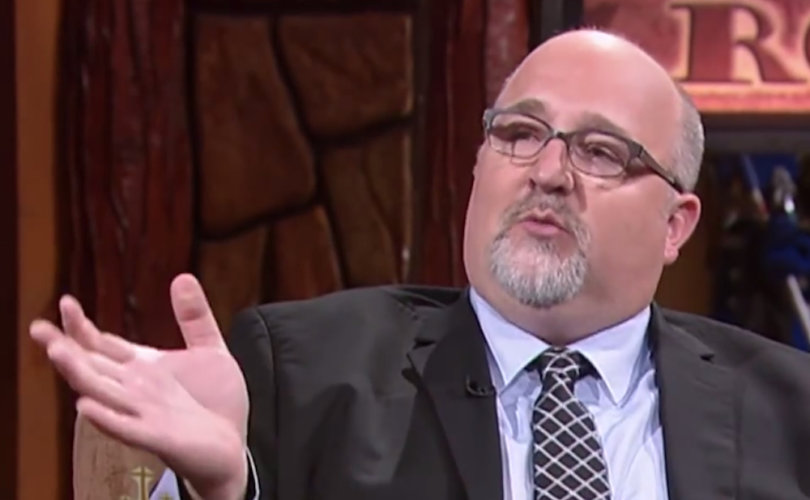 August 17, 2018 (LifeSiteNews) – If the Catholic Church is serious about ending its sexual abuse crisis, it needs to admit that it has a homosexual priest problem and stop ordaining men with homosexual inclinations to the priesthood, a noted chaste same-sex-attracted Catholic says.

Acknowledging the overwhelming part that homosexuality has had in the Catholic Church’s sex abuse scandals is simply facing the truth, Daniel Mattson says.

“What unites all of these scandals is homosexuality in our seminaries and the priesthood: the result of the Church ignoring its own clear directives,” Mattson said. “If it is serious about ending the sex scandals, the Church needs to admit it has a homosexual priest problem and stop ordaining men with deep-seated homosexual tendencies.”

Mattson is the author of Why I don’t Call Myself Gay – How I Reclaimed My Sexual Reality and Found Peace, and a longtime member of Courage, the Catholic Church’s worldwide apostolate ministering to persons with same-sex attraction.

“I am the sort of man the Catholic Church says shouldn’t be a priest,” Mattson wrote in a column for First Things. “I take no offense at this teaching. In fact, I agree with it.”

He referenced two times the Vatican has definitively declared a prohibition on ordaining homosexual men.

The first was the 2005 Vatican instruction on the question of homosexuality and the priesthood which states: “The Church, while profoundly respecting the persons in question, cannot admit to the seminary or to holy orders those who practise homosexuality, present deep-seated homosexual tendencies or support the so-called ‘gay culture.’”

The second, a 1961 directive signed by Pope John XXIII states that, “Advancement to religious vows and ordination should be barred to those who are afflicted with evil tendencies to homosexuality or pederasty, since for them the common life and the priestly ministry would constitute serious dangers.” It also said that seminarians that “sinned gravely against the sixth commandment with a person of the same or opposite sex” were to be “dismissed immediately.”

“I’m convinced that if the Church had heeded its own counsel from 1961 and 2005, we wouldn’t be reeling from the shocking headlines of today,” writes Mattson.

The Church continues to reel from the Pennsylvania grand jury report released this week detailing decades of sex abuse of some 1,000 known victims by hundreds of clergy in six of the state’s eight dioceses.

The horrific report follows the Theodore McCarrick sex abuse revelations coming to light in June, uncovering a long-suspected gay subculture and power network in the Church, which, aside from abuse of children, has also extended to abuse of seminarians and young priests – and entailed apparent cover-up by Church officials.

The overwhelming percentage of victims throughout the Church’s abuse crisis have been male and post-pubescent, including the abuse reported in the Pennsylvania grand jury report  – rendering the crisis largely homosexual in nature and the classification of pedophilia – as has often been used to describe the abuse – incorrect.

“Most of the horrific abuse detailed in the Pennsylvania Grand Jury report involved adolescent boys and young men,” Mattson noted in his column. “This isn’t pedophilia.”

Mattson is convinced most homosexual priests are good and holy men, and he said he agrees with Los Angeles Auxiliary Bishop Robert Barron who cautioned against scapegoating same-sex attracted men.

“But recognizing the overwhelming role that homosexuality has played in so many of our past and present scandals is not scapegoating,” he stated. “It’s the Church confronting the truth.”

Chastity is much more difficult for same-sex attracted men than for others, he wrote, citing his own experience and findings of Fr. James Lloyd, C.S.P., a psychology PhD who has worked with homosexual men (including priests) for more than 30 years as a clinical psychologist.

Further, he said, “If a priest isn’t abiding by the Church’s teaching in his own life, he won’t teach his parishioners to follow a teaching he doesn’t believe applies to him.”

Because of this there is the grave problem of a high number of homosexual priests undermining the Church’s teaching on sexuality, whether in the pulpit or in the confessional.

Mattson shared his own experience with the latter in his column, having confessed to an anonymous sexual encounter with a man – to then be told by the priest in the confessional that having sex with a man wasn’t sinful, that he should go find a boyfriend, and that, “the Church will change.”

He acknowledged this example did not reflect the on all homosexual priests. But while the 2005 Vatican document makes an exception for men who may have had a “transitory” homosexuality, where they were able to overcome same-sex temptations, he believes this to be rare.

“Because the sex scandals of the Church are overwhelmingly homosexual, the Church can no longer risk ordaining men with gay inclinations in the hopes that those inclinations turn out to be transitory,” Mattson wrote.

He quoted the USCCB’s own 1993 Norms for Priestly Ordination, which states: “In order to talk about a person as mature, his sexual instinct must have overcome two immature tendencies, narcissism and homosexuality, and must have arrived at heterosexuality.”