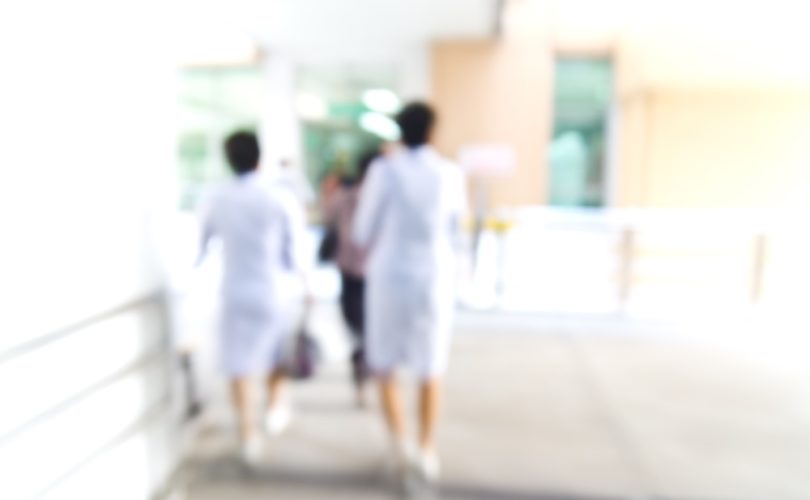 UNITED KINGDOM, January 14, 2019 (LifeSiteNews) – Hospitals in the U.K. now routinely admit men who claim they identify as women to female wards, seemingly with no questions asked.

The male patients aren’t required to have begun medically “transitioning” or to produce a recommendation from their physician in order to gain admittance to female wards, according to a report in The Telegraph. They simply have to declare “I am a woman.”

While the U.K.’s National Health Service (NHS) has long had a policy in place that prevents men and women from being housed in mixed-sex wards, the permissive rules regarding “transgender” individuals take precedence.

One hospital goes so far as to warn staff to “consult with the transgender patient if a female victim of sexual assault objects to sharing facilities with someone who may be biologically and legally male,” according to The Telegraph, despite the Department of Health policy stating “Men and women should not have to share sleeping accommodation or toilet/bathroom facilities.”

“A nurse in one hospital reported that a patient identifying as a transgender woman appeared to become sexually aroused on a female ward, distressing elderly patients,” according to The Daily Mail. “The report, from Freedom of Information requests, creates concerns about the ‘equality impact assessments’ (EIAs) undertaken by hospitals that are supposed to examine how policy changes affect all groups.”

Apparently, EIAs consider only the wishes of the men claiming to be women while ignoring other groups impacted by the hospitals’ trans policy.

“If you aren’t even considering other groups in your equality impact assessments, your policy cannot be lawful,” said Amanda Jones, a human rights attorney in London, adding that the NHS’s interpretation of laws about the rights of transgender patients is “a mess.”

Dr. Nicola Williams, a research scientist specializing in human biology who is spokesperson for the women’s rights organization Fair Play for Women, said, “In an attempt to accommodate a minority, the state is sacrificing the needs of the majority at their most vulnerable.”