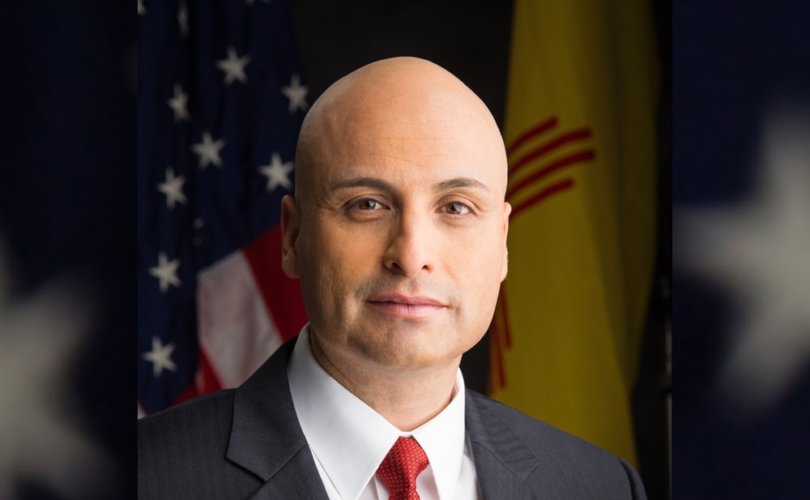 NEW MEXICO, January 11, 2018 (LifeSiteNews) – The New Mexico Attorney General won’t investigate his state’s flagship university and a late-term abortion facility for selling baby body parts, despite an ongoing FBI inquiry, the urging of a Congressional committee, and the suspension of a university researcher for her involvement in the “transfer” of body parts.

New Mexico Attorney General Hector Balderas, a Democrat, informed the U.S. House Select Investigative Panel on Infant lives he wasn’t interested in pursuing the case via a letter on January 4, 2018.

“We do not believe that the referrals’ allegations amount to probable cause for criminal violation of either act,” Maestas contended, referring to the two state laws that were allegedly violated.

However, the Attorney General’s office is “willing to work cooperatively” with the U.S. Department of Justice if there is a federal investigation.

In a January 4, 2018, letter to Abortion Free New Mexico’s Tara Shaver, Assistant Attorney General Dylan Lange made similar arguments. Shaver had filed a complaint making the same allegations as the House Select Panel before the Panel did.

“I am very disappointed but, unfortunately, not surprised by the Attorney General’s conclusions regarding the ongoing trade in baby body parts here in New Mexico,” said Angelo Artuso, Abortion Free New Mexico’s attorney. “After all, we live in a State where aborting a baby in utero is lawful through all nine months of pregnancy.”

Elisa Martinez of the New Mexico Alliance for Life called Balderas' actions “pathetic” and accused him of “malpractice as the Attorney General” for “failing to prosecute over 100 viable cases within the statute of limitations.”

“There will never be justice in New Mexico until leaders, lawmakers and law enforcers stop propping up a failing abortion industry whose grisly trade negatively [affects] the most vulnerable of our communities,” said Shaver.

“Fortunately, the Department of Justice has opened an active investigation into Planned Parenthood aborted baby body parts scheme, and are also investigating the UNM/SWO referrals, so there is still some hope that justice will be done,” said Troy Newman, President of Operation Rescue.

The university researcher who was suspended is UNM’s Dr. Robin Ohls. Ohls “acquired fetal tissue for months from the Southwestern Women’s Options abortion clinic and transferred it to a private company in Michigan,” a UNM internal memo revealed.

The University’s Health Sciences Center (HSC) “was concerned that…an issue was being raised that would potentially infringe on the University’s policy to not buy or sell human tissue” and “appropriate research compliance approvals and processes protocols had not been followed.”

“The use of aborted baby parts for any purpose should be repugnant to all civilized people,” concluded Artuso. “To deny this truth is to join the ranks of Mao, Stalin, Idi Amin, Dr. Josef Mengele, and every other tyrant who deals with inconvenient people by denying that they are people.”