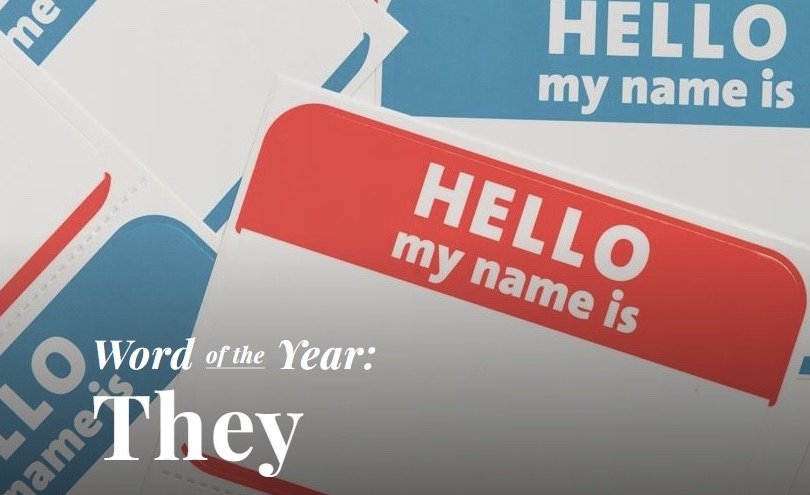 December 11, 2019 (LifeSiteNews) – Merriam-Webster, the nearly 200-year-old company that publishes “America’s Best Selling Dictionary,” has declared that the gender-neutral and “nonbinary” pronoun “they” is 2019’s “Word of the Year.”

The formerly taken for granted, innocuous plural pronoun has suddenly shot to prominence because, as a statement from Merriam-Webster explains, “They” is now “being used to refer to one person whose gender identity is nonbinary, a sense that is increasingly common in published, edited text, as well as social media and in daily personal interactions between English speakers.”

“The word ‘they’ was looked up 313 percent more this year than last; had a new sense added in September, (and) is increasingly common in both public and personal communication,” according to a tweet from Merriam-Webster. “‘They’ is our 2019 Word of the Year.”

The word ‘they’
– was looked up 313% more this year than last.
– had a new sense added in September.
– is increasingly common in both public and personal communication.

An article published by NPR hailing the announcement stated that male and female pronouns are insufficient. “The usual singular pronouns he or she — rooted as they are in a male-female division of gender — can often prove misleading, inaccurate or disrespectful when describing a person who doesn't identify strictly as a man or woman.”

“Faced with a lack of satisfying singular options,” continued the NPR piece, “folks have taken to doing what your high school English teacher might have red-penciled 10 years ago: using the typically plural pronoun they to describe just one person.”

“Merriam-Webster's choice is the latest example of the growing awareness and acceptance of the fact that gender is not binary,” said Nick Adams, GLAAD’s director of transgender representation who welcomed the announcement but warned, “There is a long road ahead before language, policy, and culture are completely affirming and inclusive.”

The statement cites examples of how the nonbinary usage of the term “they” became ubiquitous in the news during 2019.

In 2017, the Associated Press (AP) updated its stylebook, which serves as a sort of bible for journalists and editors as they write.  The revised version legitimized the use of “they” as a singular pronoun, although the AP suggested it should only be done sparingly.

Earlier this year, trans activists were enraged when the Vatican issued a document clearly affirming that God made human beings only as either “male” or “female” and that maleness and femaleness are a “given” by nature and constitute a “biological fact.”

Titled “Male and Female He Created Them: Towards a path of dialogue on the question of gender theory in education,” the document critiques “gender theory” as a “confused concept of freedom in the realm of feelings and wants, or momentary desires provoked by emotional impulses and the will of the individual, as opposed to anything based on the truths of existence.”

Merriam-Webster also reported that top runners-up for Word of the Year were “Quid pro quo” and “Impeach.”