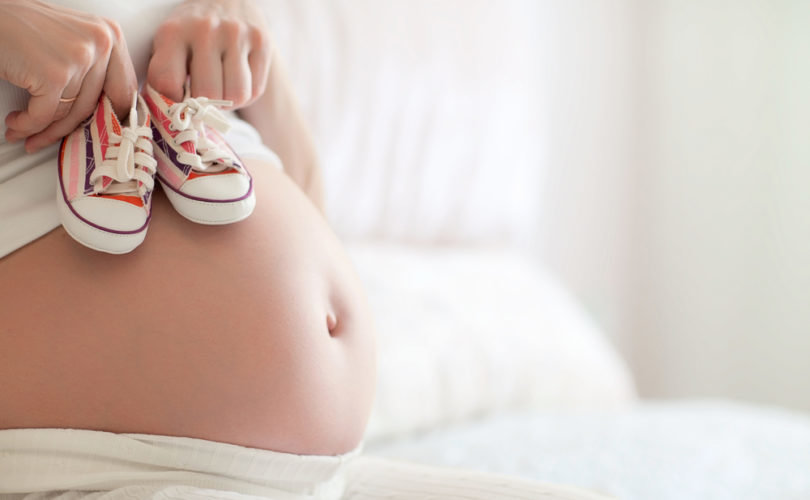 LONDON, November 20, 2015 (LifeSiteNews) – A convoluted custody dispute over an artificially conceived child has left the mother bereft and homosexual and Christian activists at loggerheads.

The case of “H versus S” ended when the 44-year-old mother, “S,” breastfed her 15-month old child for the last time in the courthouse cafeteria and handed him over to the waiting sperm donor dad, “H,” and his homosexual partner.

Both Romanian immigrants, H and S were also longtime friends who had informally agreed to conceive a child artificially together using a home insemination kit. But the relationship broke down, the mother denied the father and his lover parenting rights, and the courts took over.

The judge who ruled on the appeal in the homosexual couple's favor, Alison Russell, has used the case to call for legislation, as in the United States, forcing those involved in surrogacy arrangements to agree to formal legal contracts.

“The UK however does not have such an approach in place, meaning that … if a surrogate mother was to change her mind the only recourse for the other parties involved would be to head to the courts,” stated the judge in her ruling.

“Considering how emotionally draining and time-consuming a legal battle of this nature can prove to be, this case perhaps indicates that the time is now right for the current legislation in this area to be reviewed.”

But Paul Tully of the Society for the Protection of Unborn Children told LifeSiteNews that the case exposes the problems with the “commodification of life and children” inherent in in vitro fertilization and other methods of conception.

His organization has opposed artificial approaches to conception not only because of commodification in general, but because individual unborn babies deemed surplus to parental needs are sacrificed.

As well, “in this case and in many cases there is the issue of adoption by same-sex couples,” Tully said. “We believe what is best for the child's welfare is to be brought up by his or her biological mother and father.”

The parents had agreed to share custody, but now the mother claims that having the child was her idea and her old friend from Romania was simply a sperm donor with visiting rights because she thought it a good idea her child have a father figure. “I was having this baby for myself,” she told the Daily Mail last week, after a publication ban was finally lifted on the dispute. The father, H, told the court the idea for a baby came from him and his lover, who approached S to be the surrogate mother.

But there is no doubt from the plentiful e-mail messages between the litigants that the same-sex couple were acting like concerned parents even before the child was born, and the judge ultimately not only preferred their version of events to the mother's, but also found their attitude more child-centered, while hers was slanted by “homophobia.” So despite the hardship to the child and the heartache to her, the same-sex couple were awarded custody.

Tully carefully avoids taking sides in the dispute itself but observes, “The mother was deeply misguided and ill-advised to undertake the role of being a surrogate mother. But whatever bad decisions she made, one can certainly feel for her now.”

Surrogacy conflicts with natural parental affections, said Tully, such that some surrogate mothers abort the children they have contracted to bear if the contracting couple back out because, for example, the child has disabilities. “Surrogacy can encourage a hardened attitude.”

Tully's main concern about the case is that it has triggered a call for contract legislation. Currently, in great Britain, surrogate mothers cannot charge for bearing the children of others, though they can be paid for their expenses. Legislation, Tully warns, could pave the way for the commercialization of surrogacy and for “turning children into a manufactured product.”

The dark relationship between gay ‘marriage’ and surrogacy: even gay activists are worried