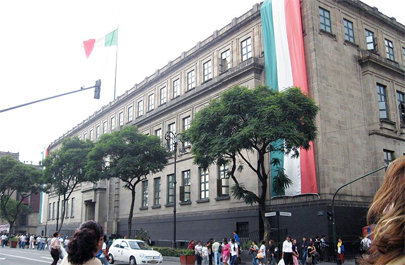 July 4, 2016 (LifeSiteNews.com) – The Mexican Supreme Court has overwhelmingly rejected a proposed verdict that would have imposed abortion-on-demand during the earliest stages of pregnancy throughout the country.

The justices of the Supreme Court’s First Chamber voted 3-1 against the draft decision, which cites Roe v. Wade to justify requiring all of Mexico’s 31 states to adopt the legal regime currently in use in Mexico City. The Mexican capital allows abortion-on-demand during the first trimester of pregnancy while applying restrictions in later stages of gestation of the unborn child.

The draft decision, which was authored by Supreme Court Justice Arturo Zaldívar Lelo de Larrea, would also have required the states to provide “accessible and affordable” abortion services by establishing clinics to carry out the killing of the unborn.

Zaldívar claimed that abortion-on-demand must be legalized by the states to protect women’s right of “free development of personality.”

The case in question regards a woman who attempted to obtain an abortion in a federal government clinic in Mexico City in 2013, after discovering that her unborn child had Klinefelter Syndrome, a non-life-threatening genetic condition that can cause underdeveloped genitalia.

Federal clinic workers refused to kill the woman’s unborn child, citing articles 332 and 334 of the Federal Penal Code, which prohibits abortion except in cases of danger to the life of the mother or the unborn child.

Although the woman later obtained an abortion at a private clinic in Mexico City, she sued the federal government for violating her “human rights,” although abortion has never been recognized as a human right in any international treaty.

Another Supreme Court justice will now be assigned to write a draft decision that will satisfy the views of the majority of justices.