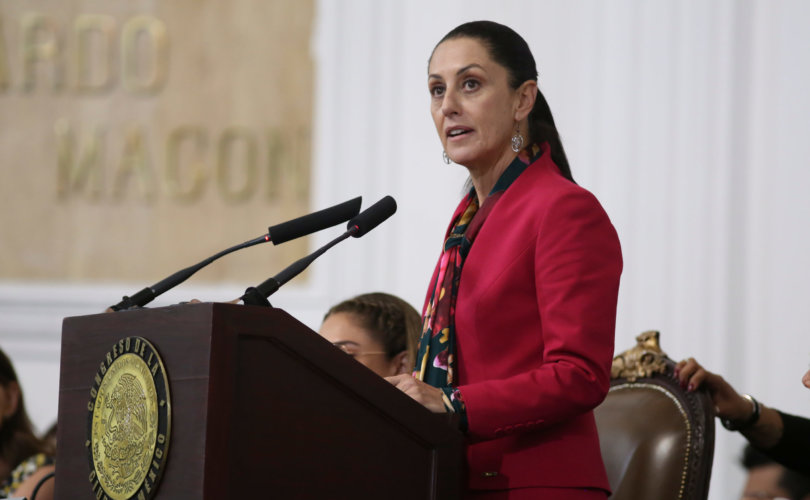 Under the legislation, which was first introduced two years ago, healthcare practitioners could spend up to five years in prison for conducting “practices consisting of psychological, psychiatric sessions, methods or treatments that are intended to nullify, hinder, modify or impair the expression of gender identity, as well as the sexual orientation of people,” Mexico News Daily reported. Such treatments are commonly known as reparative or “conversion” therapy.

“There is nothing to cure. Homosexuality is not a disease, we are not sick,” declared the bill’s author, Morena party lawmaker Temístocles Villanueva.

Across the world, opponents of reparative therapy commonly elicit opposition to the practice by invoking fringe, abusive practices such as electric shock and other forms of physically-harmful junk science.

In fact, modern reparative treatment consists largely of simple counseling, the effectiveness of which is backed by studies as well as testimony from those who have benefited.

Despite common left-wing insistence that conversion therapy is junk science (based largely on associating professional counselors with examples of fringe, outdated practices such as electric shock), there are studies that indicate, and former homosexuals who attest to, reparative therapy’s success in improving their lives.

“We’re not talking about taking choices off the table,” said an attendee of a 2018 rally of ex-gays and transgenders outside the California statehouse, a former lesbian who’s now happily married to a man and has two children. “We are talking about putting more choices on the table.”

Regarding transgenderism, studies also indicate the true harm lies with treatment that reinforces gender confusion instead of correcting it.

This is far from the only left-wing curtailment of freedom currently facing Mexico. The Mexican Supreme Court is currently deliberating over a lawsuit challenging the state of Veracruz’s freedom to criminalize abortions beyond the first 12 weeks.