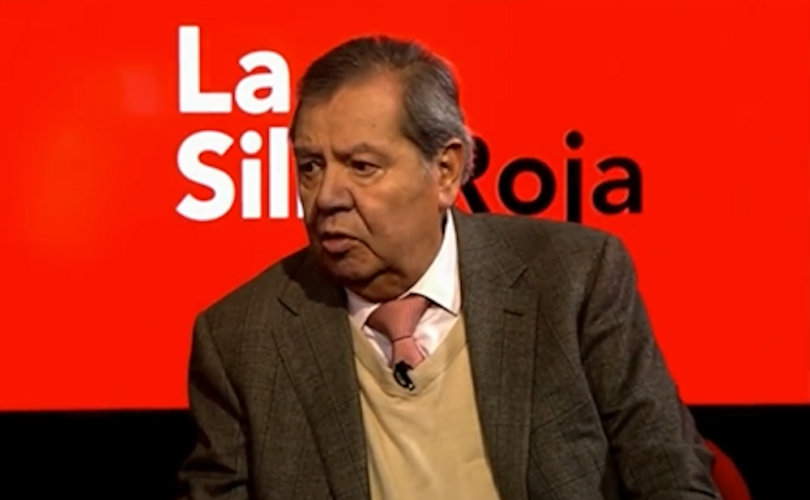 Porfirio Muñoz Ledo, the head of Mexico's Chamber of Deputies, introduced a bill to legalize abortion and same-sex “marriage” in the country.YouTube

MEXICO CITY, February 11, 2019 (LifeSiteNews) — Pro-lifers made a stand against the government’s effort to amend Mexico’s constitution and allow abortion and same-sex “marriage.”

Porfirio Muñoz Ledo, who leads Mexico’s Chamber of Deputies, introduced a bill last week to reform the constitution that would not only legalize abortion throughout the largely Catholic nation but also permit same-sex “marriage” and euthanasia and also legalize narcotics.

The Morena party is currently in the majority in Mexico’s bicameral Congress, over which Muñoz Ledo currently presides. President Andres Manuel Lopez Obrador had not been vocal about abortion and transgenderism during his presidential campaign last year, even while members of his Morena party have long signaled their support for that agenda.

Due to an online pro-life campaign, debate over the constitutional reform was tabled by two congressional committees. According to ACI Prensa, Rodrigo Iván Cortés of Mexico’s National Front for the Family described Muñoz Ledo’s legislative proposal as a “Pandora’s box” that “introduces into the constitution terms ‘free development of personality,’ ‘reproductive autonomy,’ ‘substantive equality,’ and others that will result concretely in things such as abortion rights, euthanasia, same-sex marriage, and the legalization of recreational drugs.”

Muñoz Ledo and the Morena party are proposing to modify Articles 1 and 4 of Mexico’s constitution so that “gender identity” and “substantive equality” are included as protected human rights. They propose to also modify Articles 3 and 123 in order to include “free development of personality” as a human right, and reform Article 29 to establish “reproductive autonomy,” “integral sexual rights,” and the the legalization of all forms of “families.”

According to Cortés, while López Obrador did not emphasize these issues during his electoral campaign, they are part of the agenda supported by Mexico Secretary of the Office of Domestic Affairs Olga Sánchez Cordero. Cortes said Muñoz Ledo met with members of radical transgender and anti-natalist groups last week, telling them to be patient and that he would be their champion by introducing a set of reforms that pro-life groups would not notice at first.

Cortés said Muñoz Ledo tried to push the reform on February 1 — on Super Bowl weekend — and to pass the abortion measure on February 5, which is the day that Mexico commemorates its national constitution. The pro-life leader that despite the precautions of Munoz Ledo and the Morena party, pro-life groups got together to use the hashtag #NoALaReformadePorfirio (No to Porfirio’s Reform) and made it trend nationally on Twitter.

By February 7, Muñoz Ledo did not include the constitutional reform he wanted among the issues to be discussed by the Committee on Constitutional Issues. Nevertheless, Cortés said he and other pro-lifers are not “letting down their guard.” He said he is calling on all pro-life and pro-family groups to hold their legislators accountable and reject Morena’s suggested constitutional reforms.

The suggested reform of Mexico’s constitution introduces the concept of “reproductive autonomy” and also allow all forms of family life, including same-sex “marriage.” According to the Morena, “Every person has a right to sexuality, and to decide upon and with whom to share it; to exercise it in a free, responsible and informed manner, without coercion or violence, and to receive a corresponding integral education.” The suggested constitutional reform also states that every person “has the right to free development of personality and reproductive autonomy, and also to decide in a free, responsible, informed and safe way whether or not to have children, with whom and the number or interval between them, as well as to receive services to attain the highest degree of sexual and reproductive health.”

Mexico’s Gaceta Parlamentaria also published a proposal introduced by Lorena Villavicencio, who represents Morena in the Chamber of Deputies, to reform the Federal Penal Code and eliminate criminal sanctions for abortions committed before 12 weeks of pregnancy. However, her proposal imposed three or six months in prison for any woman who aborts her child or consents to an abortion after 12 weeks of gestation.